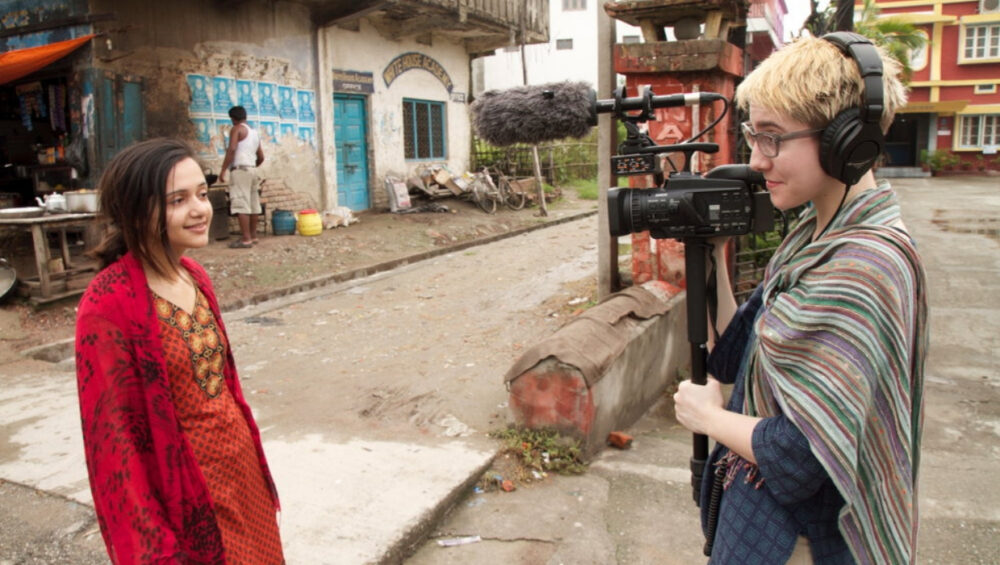 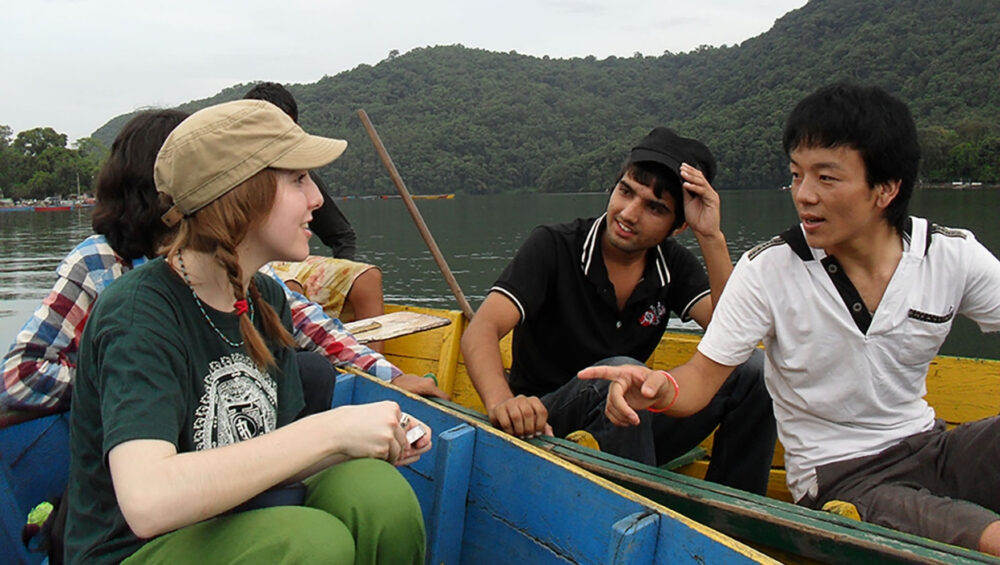 Outside of the 2015 United Nations Climate Change Conference (COP21) in Paris, young people from around the world and all walks of life took to the streets chanting “we are unstoppable, another world is possible”.

Among them was Slater Jewell-Kemker, a 23 year-old environmental activist and filmmaker from Ontario, Canada, capturing it all on film.

This experience, among many others including COP15 in Denmark, COP16 in Mexico and her world travels visiting friends in the youth climate movement who are directly experiencing the impacts of climate change, are now the basis for the feature film, Youth Unstoppable.

A re-edited version of the film to include footage from the Australian and global Youth Climate Strikes had its world premiere at the Castlemaine Documentary Film Festival this July. The previous version of Youth Unstoppable made its Australian debut in February 2019 during the Transitions Film Festival in Melbourne.

For Jewell-Kemker, it was important to capture her journey and coming-of-age as part of the rise of the youth climate change movement on film.

“I grew up around filmmakers and artists who were storytellers,” she told Canada Down Under.

“It’s been so important in my life because storytelling is how we connect to each other as human beings”.

Jewell-Kemker has always had a passion for nature and the environment. While she was born in the concrete jungle of Los Angeles, she returned to Canada with her family as a child to live on a farm in Ontario.

“From the first moment that I stepped foot on this farm, I fell in love with being in nature, and being able to go out into the woods, being able to make friends with birds and animals and just be within nature”.

This passion for the environment led Jewell-Kemker, aged 15, to represent Canada as a Youth Delegate at the Youth Summit for the Environment alongside the G8 Summit in Kobe, Japan in 2008. Jewell-Kemker “leapt at the opportunity” because of her love for the natural world; however, it was at this conference that her passion for the youth climate movement was ignited.

Her experiences in Kobe, including being the only on-camera interview for the then Canadian Minister of the Environment, the Hon. John Baird, as well as footage from her travels and attendance at United Nations COP meetings globally culminated in her first film, An Inconvenient Youth, released in 2012.

She says that her success at a young age relied on being taken seriously as a young filmmaker. As part of her film, she had the privilege to interview French environmentalist and filmmaker Jean-Michel Cousteau who has subsequently become a lifelong friend and mentor.

“It was a huge kind of turning point in my life, not only as a filmmaker but as an environmentalist,” she said.

“To be a 10-year-old and to have someone who is such a figure within the environmental world to not only listen to me but to take what I was saying seriously.”

While Jewell-Kemker feels like she has “ended the film several times” given its continual updates and re-edits to incorporate changes in the youth climate change movement, she says that it is so this film can be used as a tool to “inspire young people to tell their own stories, and to keep incorporating new voices and new generations of voices”.

For Jewell-Kemker, it was important to include the actions of young Australians in this most recent re-edit of the film due to its climate vulnerability.

“Australia is on the front lines [of climate change]. You are experiencing its effects right now, and you are within the eye of a hurricane,” she said.

“It makes total sense that in this moment, as young people are rising up around the world and as climate strikers are becoming more and more of a thing, that Australia would be such an important part of the film and part of the visual language of talking about young people taking their voice back.”

However, this film would not be possible without the encouragement from her friends within the youth climate movement as well as support from her filmmaking team headed by her mother, Wendy Jewell.

Jewell-Kemker says this encouragement has given the energy and determination to keep building this film over the past decade and that it is “something that’s really important for young people, as they explore and find their voice, to be supported because you have no idea where it’s going to go.”

While filmmaking is in her blood, she continues to re-cut and re-edit this film as it is her way of “communicating as a person” and “making sense of the world”.

“It’s how we, as we grow up, learn about the world around us,” she said.

“I think it’s so important now more than ever with, with so many issues that are, that are really challenging our ideas of what it means to be human, that we find the ways that we can connect to each other emotionally.”

Jewell-Kemker will continue re-editing and re-cutting this film as “living documentary” as she firmly believes that youth are unstoppable and that another world is possible.

“I think there’s a lot of opportunity for us to embrace each other as people and, and really rethink our relationships to each other and to the planet,” she said.

“Even though it can be incredibly overwhelming and kind of scary, it’s also this really beautiful moment where we can choose to create a better way of living and a better society where we take care of each other. And we can all figure it out together”.

This film was supported at the Castlemaine Film Festival by the Consulate General of Canada, Sydney in July 2019.

This film was supported at the Transitions Film Festival by the High Commission of Canada, Canberra in February 2019.