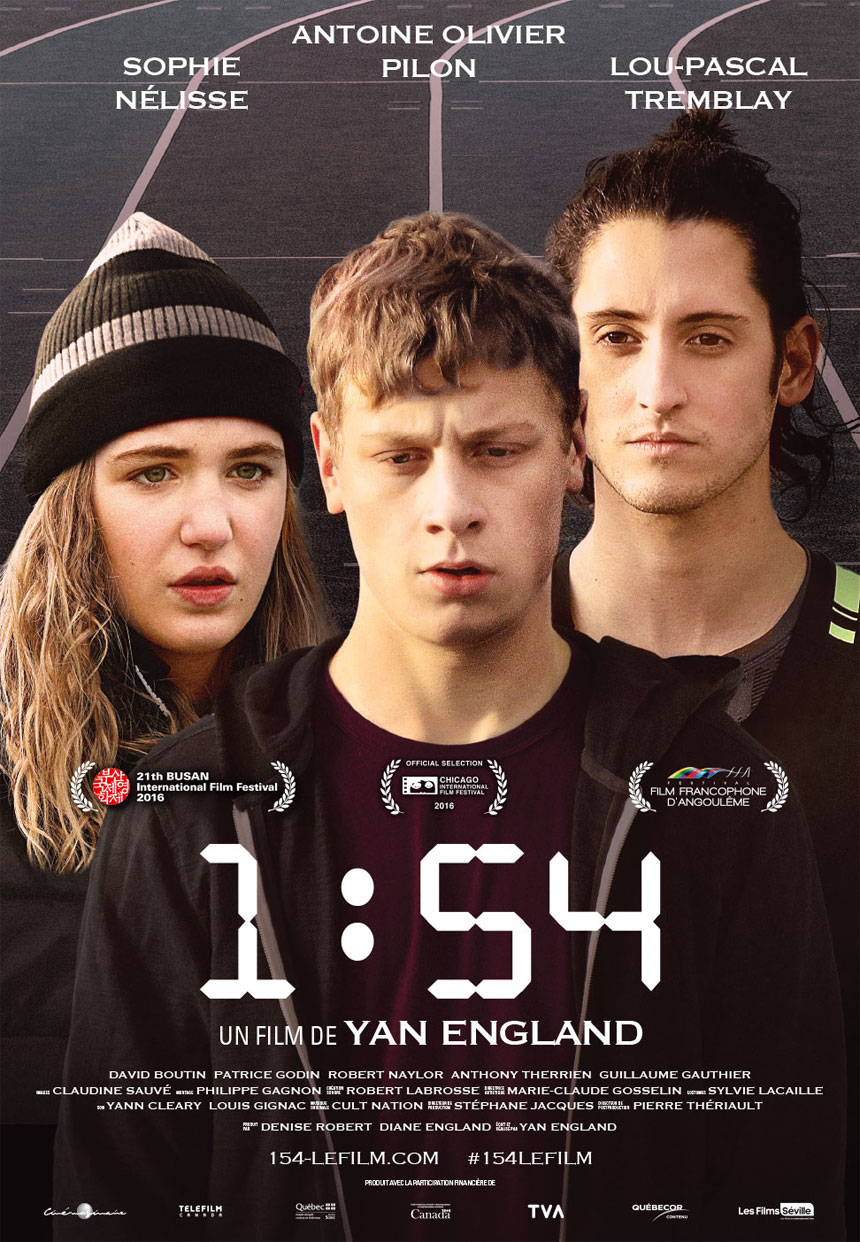 Twenty one minutes. That’s how long Yan England stood in a corner, waiting for his hero Steven Spielberg to finish a conversation with Daniel Day Lewis at a post-Oscars party so he could tap him on the shoulder.

England was at the Oscars in 2013 after being nominated for Best Live Action Short Film Henry, a story inspired by his grandfather and dealing with Alzheimer’s, and took the opportunity to meet his movie-making idol.

“Stephen Spielberg has been filling my imagination since I was a kid, and I wanted to meet him throughout the entire process, and after the Oscars there was a party where all the nominees and winners were going to,” England said.

“We had an amazing conversation about films, my film, his films, and at the end of that conversation, he looked at me and said ‘good, now, go make movies’, and it clicked. Even though I didn’t win, I went back to my hotel that night so motivated, and I started writing 1:54 at that time.”

Inspired by England’s own experiences in sport and working with young people, 1:54 is a film set in the micro society that is the high school environment, and studies the challenges that young people face in the modern world through bullying, social media, and peer-pressure. He hopes the film will give parents and teachers a peak at what is going on inside this micro society.

“I’ve been acting since I was eight years old in Quebec, in TV series and films through Canada and the States. I was lucky enough to establish this relationship with different generations of teenagers, and because I’ve been acting and hosting as well, it gives me a proximity to them all – I’ve always had this connection with young people,” England explained.

An intense and fairly dark film, the movie deals with heavy subjects including youth suicide, bullying, sexuality and trust, but England says that wasn’t necessarily the entire focus of the film.

“It’s a psychological thriller about – yes there’s an aspect of bullying, but there’s also an aspect of sports and perseverance and overcoming your own limits, so it’s a mix of a bunch of things,” he said.

“[Main character] Tim wants to become somebody. He’s 16 years old, he’s been bullied, he’s having problems in school, and he’s had enough. 1:54 isn’t about being moralistic, and I’m not giving out any answers – this is Tim’s point of view.”

Tim, played by Antoine Olivier Pilon, appears in every scene in the film, and is a complex character; a brooding, talented 800m runner struggling not just with his sexuality but also the loss of a friend and the incessant bullying from his high school peers.

Now a household name in Quebec thanks to his prominent role in Xavier Dolan’s 2014 film Mommy, which won the Jury Prize at the Cannes Film Festival, as well as nine Canadian Screen Awards, including Best Motion Picture, Pilon didn’t step into the role lightly.

“I had Antoine in mind from the get-go. It took me three years to write the film, and right from the start I had Antoine in mind. He hadn’t done Mommy yet, he’d done another film called Pee Wee 3D, where he was playing a hockey player, and I had done an interview with him for a show I was hosting,” England said.

“He read the script, loved the whole thing, but he said ‘I need to think about it’. It’s an intense film, there are a lot of things happening physically, mentally, psychologically – there’s a lot going on. He was 17 at the time, and he told me he wanted to take a week just to think about it, and I thought it was very mature of him to do so, instead of just jumping into it and having second thoughts.”

1:54 is just one of many films coming out of the cultural hub that is Quebec. Canada’s cultural centre is booming with feature films, performing arts and television shows that are becoming the envy of the world. England says he’s found inspiration from the host of prominent directors coming out of the area.

“The beauty of it is that all of these great directors are bilingual, which represents our country, which represents real world Canada – it’s a bilingual country. It gives them an opportunity to shoot in French and or English, which are two different cultures, which is great because that’s what Canada is all about – it’s about culture, it’s about diversity, it’s about opening up to diverse groups,” he said.

“It’s very inspiring to everyone because you think, it is possible. It is possible if you work hard and you believe in your story, then you’re going to make it.”

He hopes the broad appeal of his film, and its relevance to young people not just in Canada but around the globe, combined with the growing popularity of films coming out of the region, will help to get this important film seen by as many young people, parents and teachers as possible.

“The beauty of cinema is that it’s international – it doesn’t matter what language you’re making your film in – it can be in English, French, you can be making a film from Uzbekistan or New Zealand, it doesn’t matter. Because it’s dealing with emotions, emotions are international, it’s the one thing that connects everybody in the world,” he said.

“We can be different colours, we can believe in different things, but emotions are raw, it’s what connects us all. Cinema has a way of touching those feelings, either through drama, psychological thrillers, comedy, and to have 1:54 screen here it’s unbelievable because I get to see Australians reactions and see whether this is a reality for them as well, and I’ve realised that it is the same reality.”

1:54 had its Australian premiere at the Mardi Gras Film Festival, of which the Consulate General of Canada, Sydney is proud supporter. Yan England was in attendance thanks to that support.