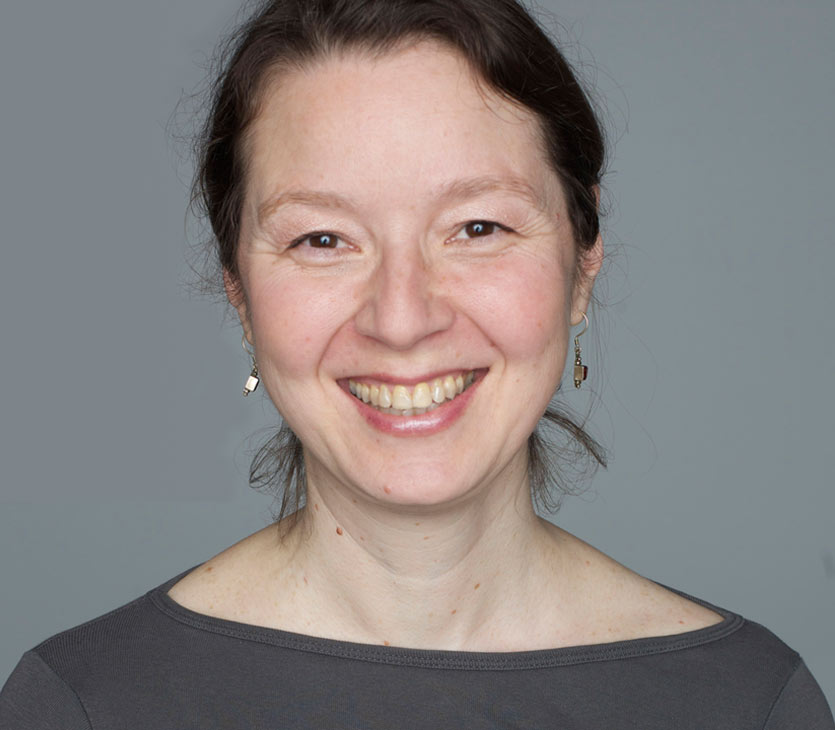 In Window Horses: The Poetic Persian Epiphany of Rosie Ming, writer and director Ann Marie Fleming tells a story about the importance of art, culture and multiculturalism through the lens of her avatar – Stick Girl – but it wasn’t an easy story to get on screen.

The animated feature, which had its Australian premiere at the Sydney Film Festival, was written over twenty years ago while Fleming was living at an artist residency in Germany. The story originated as a graphic novel, and its journey to screen took patience, hard work and support. The story follows Stick Girl – in the movie named Rosie Ming – on a journey to a poetry festival in Iran, which turns into a life altering experience.

“It started as a story, it was always supposed to be translated into a film, and I got some development funding, had a storyboard and an animatic getting all ready to go into production, and then 2009, the Iranian elections and there was all that violence after, Canada cut off diplomatic relations with Iran, it became an impossible film to make,” Fleming told Canada Down Under.

“I wanted to still tell the story, because my story is about peace and tolerance, this message about how poetry links us through the millennia across all cultures, and I just wanted to keep it alive, so I turned the storyboard into a graphic novel.”

Years later, the opportunity arose to once again turn the story into a film as desired, but difficulties with financing saw Fleming turn to crowd funding, starting an Indiegogo campaign to raise funds for the films production – and Fleming turned to an old friend for assistance.

“I’m a creative person, not a pitch person. I thought ‘I need someone to amplify my message’, and that’s when I contracted Sandra Oh (of Grey’s Anatomy fame). We’ve known each other for twenty years, and we’ve never had the opportunity to work together, because she’s been very busy, and so once she said yes, she started being the spokesperson for the film on this platform,” Fleming explained.

“We got so much press – international press – because everybody wanted to know what she was doing after Grey’s Anatomy. She’d been this character that a generation of people had grown up with, and so we just got to talk about our themes – girl power, the importance of art, culture, family, tolerance, pluralism, and multiculturalism, and we got so many pages in all sorts of press all over the world, it was just incredible and we had no film, there was no context, there was no festival, it was just us getting to talk about things that we think are important in the world, and it was fantastic.”

More than 700 people donated over $80,000 to help get the film off the ground, and with long-time animation collaborator Kevin Langdale, Fleming’s vision was finally being put to screen.

Much of what Fleming writes about is steeped in her own personal history and stories. In a preview film, The Magical Life of Long Tack Sam (2003), she traced the journey of her great grandfather, Asian Magician Long Tack Sam from Canada around the United States, China, England and Austria. In Window Horses, the distinct similarities between Rosie Ming and herself are clearly evident.

“My avatar ‘Stick Girl’ who I’ve been working with for thirty years and kind of my kinder, more courageous self is the central character – it’s her first acting role, she’s Rosie May and she’s voiced by Sandra Oh, which is the first time she’s had another actor be her,” she said.

“She’s half Persian here, which obviously I’m not, but she very much takes a lot of my history and my stories as an actor would when she’s bringing it to a new role.”

Fleming, in fact, is of Australian and Chinese parentage, was born in Japan before moving to and studying in Canada. She now resides in Vancouver, and says her multiracial background and country-hopping life has led her to investigate the journeys of others.

“I’ve always been very interested in the stories of other people, because I really do believe that what you are, where you are and when you’re there tells you everything.”

The film has received critical acclaim around the globe since it made its world premiere in competition at the 2016 Annecy International Animated Film Festival. Fleming says the film is proudly Canadian, and was delighted to be honoured with significant wins at the Vancouver International Film Festival in 2016.

“It won Best Canadian and Best BC film which is crazy – it’s interesting because it’s two different juries and it’s an animated film, and animation often is not seen on the same plain as live action. It’s won awards all over the world, in animation and general festivals, so it’s interesting that everybody sees the same film, regardless of the culture, which is really what I was hoping for,” she said.

“It really is a totally Canadian film, Mongrel was the distributer in Canada, the NFB came on as co-producers, Telefilm, and of course with tax credits too every Canadian citizen is actually an investor in this film. This film really is a cultural artifact from Canada and if you stay till the very end of the credits, you’ll see her waving a little Canadian flag.”

With any Australian trip being a homecoming of sorts, Fleming said she was excited about the opportunity to show her film in Sydney.

“For me its double-barrel coming to Australia, because I get the opportunity to see family. You don’t always know when you go someplace what you’re going to find, and I don’t mean just reception for the film, but the whole world is changing so quickly, and Sydney is such a dynamic city and every time I come here, every few years, it’s a completely different mix-up, it’s a completely different vibe,” she said.

“I’m old enough that I remember when you couldn’t get good food in Australia, and you always look at food – food is kind of like a litmus test for multiculturalism – how good is the food, how accessible is it, and who’s eating it, it tells you how well things are going – and there’s some really great food in Sydney.”

Window Horses: The Poetic Persian Epiphany of Rosie Ming was part of the Sydney Film Festival’s Focus on Canada, and Ann Marie Fleming was able to attend thanks to the support of the Consulate General of Canada, Sydney.