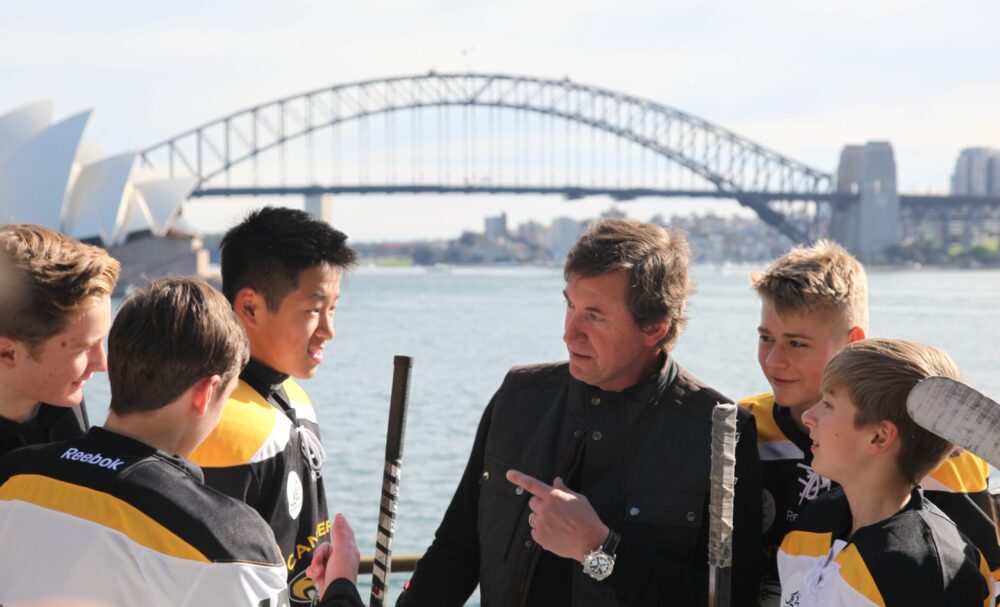 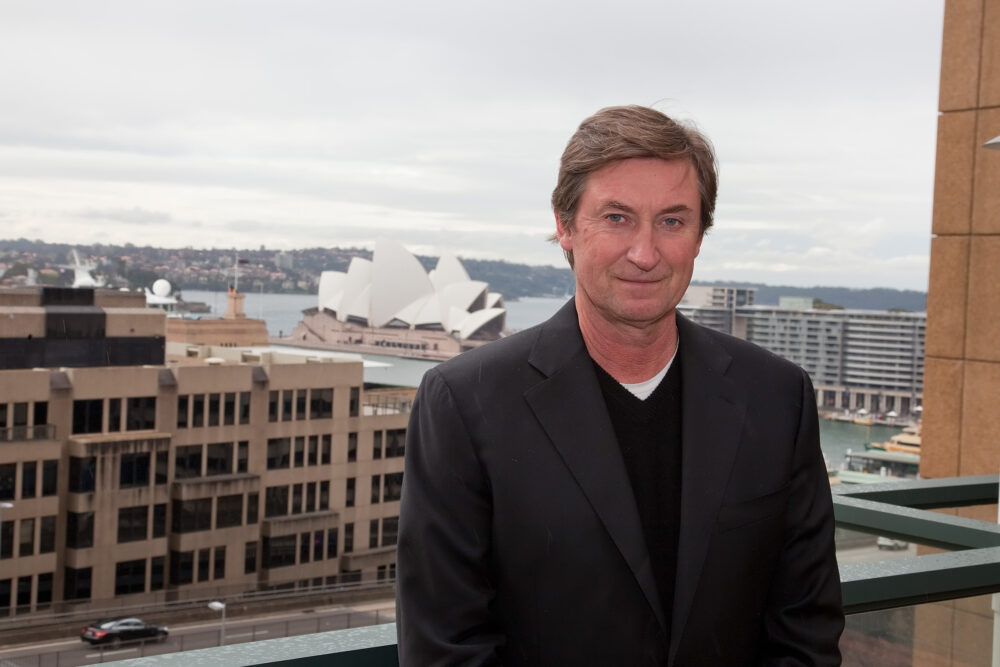 There is really no other word to describe the significance of one of Canada’s most important exports and proud ambassadors, Wayne Gretzky.

Known simply as ‘The Great One’, Gretzky dominated the ice hockey world during his 21-year professional career – he holds or shares 61 records in the NHL including most goals, most assists and most points, and is rightly ranked alongside Mohammad Ali, Michael Jordan, Don Bradman and Babe Ruth as one of the greatest sportspeople of all time.

In Sydney for the Wayne Gretzky Ice Hockey Classic, a series of games being played between traditional rivals Canada and the USA to help promote the game as well as raise funds for the StopConcussions Foundation, Gretzky said he was excited and surprised about how the game is developing in Australia.

“I was genuinely shocked – I didn’t anticipate or expect the size of the audience, I didn’t expect the fans to be so engaged with the game itself,” he said.

“If you walked around the arena a little bit, you saw a lot of Canadians who were there who brought their Australian friends – you could tell that people were teaching their friends the game, and talking about the game.”

Gretzky’s passion for the game is palpable. For someone who flies around the world constantly to promote the ice hockey, he’s lost none of his excitement and love for the sport.

“In Canada at three years old, people are learning how to ice skate – it’s just a part of your life in our country,” he said.

“When you’ve got a country like Australia, that’s a little bit behind as far as knowing the game and understanding the game of ice hockey, when people do see it, there’s something intriguing about it. Kids want to play, kids want to try to skate, parents want to watch their kids skate and play hockey – it really is a wonderful sport.”

A growing concern though for parents with children involved in any sport, including ice hockey, are the dangers of head trauma, which is an area seeing an increase in media attention around the world – and it’s a fear Gretzky knows well. The StopConcussions Foundation aims to increase the understanding around the dangers of concussion in sport.

“I have kids, and they participate, whether it’s bike riding, skateboarding, ice hockey, football and you always worry about concussion, so part of what this whole thing does is raise awareness that concussions are part of sport,” he said.

“Secondly it’s about doing some fact-finding and figuring out how we can prevent concussions. And then thirdly, probably more importantly, what we do, and how we treat people when they do get concussions, and that’s what makes this charity so special.”

When it comes to the game itself, Gretzky has a rich understanding of the rivalry between the two nations competing in the Ice Hockey Classic, and says while it is definitely a fierce rivalry, it’s one built on mutual respect.

“In the 70s and 80s, the rivalry was really Canada and – at that time – the Soviet Union,” he explained.

“The sport of hockey just kept expanding and getting bigger and bigger in the United States and it really got to a new level when, in 1980, the young American team won Olympic gold, and beat the Soviets, and that really propelled the game of hockey. Consequently some of the better athletes in the country, instead of playing tennis or baseball or golf decided look, I want to try to play ice hockey.

“It’s a different kind of rivalry from the Soviets. We were taught as kids that we weren’t supposed to like communism and Soviet people, and so there was more of a hatred that was sort of built into our brains, which turned out not to be true – once we got to know those kids, they were all good people too, you know. Whereas the American rivalry is different because a lot of guys play together for their club teams, so it’s more of a respectful rivalry.”

This has been Gretzky’s first trip to Australia, and while it has been something of a whirlwind, he has had some time to enjoy the city, including tours of the harbour and Taronga Zoo. One of the biggest highlights, however, was getting a taste of Aussie Rules.

“We got to go visit the ‘Swannies’,” he said, referring to AFL club the Sydney Swans, where the team taught him the ins and outs of the game.

“And that was fun because the players were really nice, and we got to walk around the field and go in the locker room – so I got a chance to do a lot of fun things, so it’s been good.”

After his brief Australian adventure comes to an end, and he will return to his adopted home of the United States, Gretzky is quick to ensure everyone knows where his loyalties lie. Anyone who has seen his emotional press conference after his decision to accept a trade in 1988 which saw him leave the Edmonton Oilers – a team he won four Stanley Cups with – to join the Los Angeles Kings, would know how proud he was to play in Canada.

“Oh, it means everything to me. I wouldn’t have anything if it weren’t for my country,” he said, when asked what Canada means to him.

“I live in California, I have five American kids and an American wife. You know, people ask me what nationality are your kids, and I say, well they were born in the United States – they’re American – I want them to be as proud of the United States of America, which they are, as I am about Canada.

“I’m a Canadian through and through – my Dad calls it ‘God’s Country’. They’re the nicest people you could ever meet – very Commonwealth, and, similar to that of Australia, the people are just genuinely nice and I’m always proud to say I was born in Canada and I’m a Canadian.”