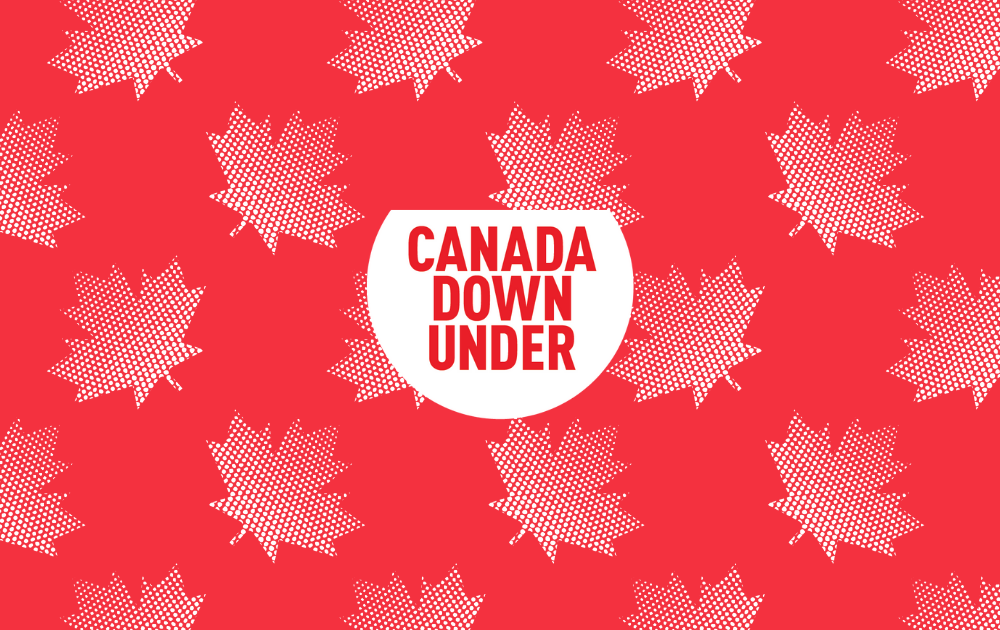 The video opens on a shot of Morehu strolling through a Māori-style decorative hall in slow motion. He is then seen walking through an office building. Then there is an aerial shot of New Zealand. Finally there is a slow-motion shot of Morehu from behind walking up a path.

Morehu: Before moving to Canada, the longest time I’d ever spent outside of Wellington was two and a half weeks. Some people find the idea of moving to another country without a secure job or place to live absurd. Based on my experience, starting a new life in a different place was a challenge, but it was also incredibly rewarding.

Morehu sits in a room talking to the camera, with a map of New Zealand on the wall behind him. This transitions to a view of Wellington from the water, then the Wellington harbour area.

He speaks first in Māori.

Morehu is talking with his friends at the Waitangi Day celebrations. They are seated not far from a stage. The shot changes to a flag blowing in the wind in slow motion. Stokes Valley, where Morehu is from, is shown from an elevation. Morehu walks into an office building past a sign that reads “Justice Centre.” He walks up some stairs.

He now repeats in English what he said in Māori immediately before.

Morehu: My name is Morehu Rei. I grew up in small town called Stokes Valley, it’s down in the Lower Hutt, Wellington, and is in New Zealand.

Morehu walks into an office. Morehu is sitting talking to the camera. Morehu approaches his workplace. He swipes his card at the door and opens it to walk into his office.

Morehu: I was really fortunate to have the opportunity of working with the Crown-Indigenous Relations unit of the federal government, working on modern treaties with First Nations. I’ve brought back invaluable experience.

Morehu is sitting at a cafe with his friends, drinking coffee. He is working on a computer, scrolling through information. There is a picture of him in traditional Māori dress with face markings. We see a close-up shot of the Treaty of Waitangi, written in Māori and displayed on a wall.

Morehu: I’m forever grateful for having the opportunity to hear and learn about what Indigenous communities do on the other side of the world, and find ways to see how that matches in with what we do here in New Zealand.

There is a close up of a banner hanging from a stage that reads “Te Rā o Waitangi.” There are children on stage performing a haka, a traditional dance. There is a picture of Morehu with the Māori cultural group he has joined with Māori cultural face markings. There is a picture of the cultural group performing in front of an Air New Zealand plane. Morehu greets a friend with a hongi, pressing his nose and forehead against his friend’s. Morehu walks through a museum, looking at some Māori artwork.

Morehu: I also got to join a group of expats in Vancouver called Kia Ora Vancouver. This allowed me to enhance my ability to build enduring relationships, something I felt I did well in New Zealand, but was really reinforced in Canada.

Morehu sits with his friends at the Waitangi Day celebrations, talking with them. Then he is working on his computer back in his office, scrolling through information on his screen. He presses a button at an elevator and waits for it to arrive. There is a picture of Morehu with 2 RCMP officers.

Morehu: While I can appreciate how daunting the idea of moving to another country on a Working Holiday can be, it was one of the most rewarding things I’ve ever done.

We see a view of mountains, the ocean and part of the city in Vancouver. Morehu is standing with his arm around another person. There is a shot of the Canadian and New Zealand flags together. The camera pans up to reveal Morehu at a standing desk, laughing and talking with a colleague off camera.

Morehu: Whether it’s to experience the cultural difference of being a Canuck or a Kiwi, or to be able to see the natural beauty of the both countries, New Zealand and Canada have so much to offer.

Text is displayed: Visit Canada.ca/iec to plan your own experience

© Her Majesty the Queen in Right of Canada, represented by Immigration, Refugees and Citizenship Canada, 2022.

The Canada wordmark is shown on a white background.