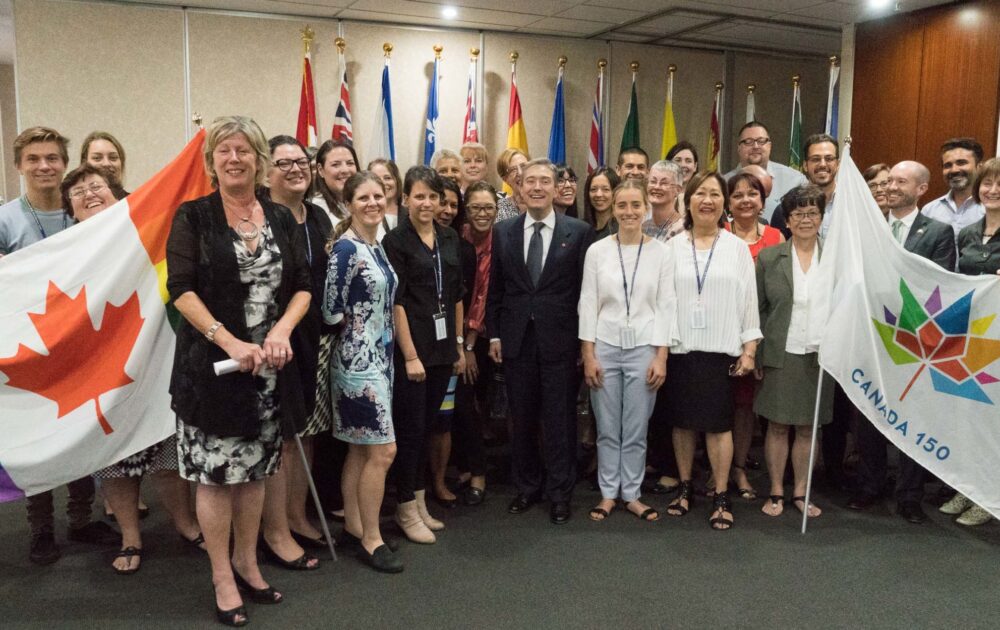 Canada is open for business.

That was the clear message International Trade Minister François-Philippe Champagne brought to Australia on his whirlwind trip down under, where he appeared as the keynote speaker at the Australia-Canada Economic Leadership Forum in Sydney.

Minister Champagne met with business leaders and politicians, including Australian Prime Minister Malcolm Turnbull, advocating stronger, progressive trade alliances, having just completed a trip through Europe to ratify the Canada-European Union Comprehensive Economic and Trade Agreement (CETA), a deal which has been in the works for more than a decade.

“This is one of the most ambitious trade deals in the world – it’s the gold standard,” Minister Champagne told Canada Down Under.

“There’s no more progressive trade agreement that Canada or the EU have ever done, so we are really standing out in the world as one of the most progressive nations when it comes to trade. With the agreement of CETA and NAFTA, Canada will have preferential access to a market of about 1.1 billion people – this is extremely significant.”

Now in Australia, the Minister said it was time to turn Canada’s attention from the Atlantic to the Pacific.

“Canada is a place in the world, just like Australia and New Zealand, where people want to invest, and this is to our advantage – we want to lead the way in our progressive trade agenda,” Minister Champagne said.

In between meeting with dignitaries to further Canada’s trade agenda, Minister Champagne held a Women in Business roundtable and a youth event with International Experience Canada, both particular focuses for Canada and the trade portfolio.

“It’s all about people; people see the benefit for them, the jobs that an ambitious trade agenda creates, the investment we’re doing in infrastructure, and we want to reach out particularly to youth and women,” he said.

“We want to be inclusive in our approach, we want to be transparent, and this was really very much the message that I’m carrying out in the Asia/Pacific region, saying that Canada is a force for good in the world, and our trade relationships can raise the bar in protecting the environment, protecting labour rights, protecting the rights of states to regulate in areas of safety, and that’s why Canada stands out in the world.”

Through engaging with young leaders groups, and utilising social media platforms to connect with Canadians around the world, the Minister hopes to be able to spread the message far and wide.

“The youth are both the leaders of today, and the leaders of tomorrow. We’ve had the privilege of engaging with the Prime Minister’s Youth Council and we even launched on Twitter a campaign to ask the Minister questions while I was in Australia to see what questions youth may have with respect to the relationship we have with Australia – a very important relationship,” he said.

“It’s not just about talking points and speeches, but concrete actions, and this is a good example of engaging meaningfully with youth to get their views, and also to see what we can do together – we can always do better,”

Minister Champagne took on the International Trade portfolio at the beginning of this year, and comes from an extensive business background with a wealth of experience dealing with organisations and governments around the globe.

“It’s like someone who’s taking out his old toolbox and going back on the road again, so I really feel that having had the chance to have experience in the field and having done trade myself, not only reading about it but really doing it and developing markets and travelling the world to expand markets, I feel that I’m very well equipped,” he said.

Now with his maiden trip to Australia complete, the Minister says the successful visit will help to reaffirm the importance of Canada’s relationship with the region.

“This was my first visit to Sydney, I really enjoyed the forum, I see the strategic importance of the forum, but also the roundtables we had – women in business, youth, clients of the trade commission, so that gives me a better understanding of what we can do and also making sure that we focus on this very important relationship we have with Australia and the Asia/Pacific region,” he said.

“For me this was a moment of reflection – what can be done, how we’re going to do it.  Canada is very much a Pacific nation, we have to remind ourselves sometimes of that, and being here on the ground with our team has been very, very beneficial for me this week.”