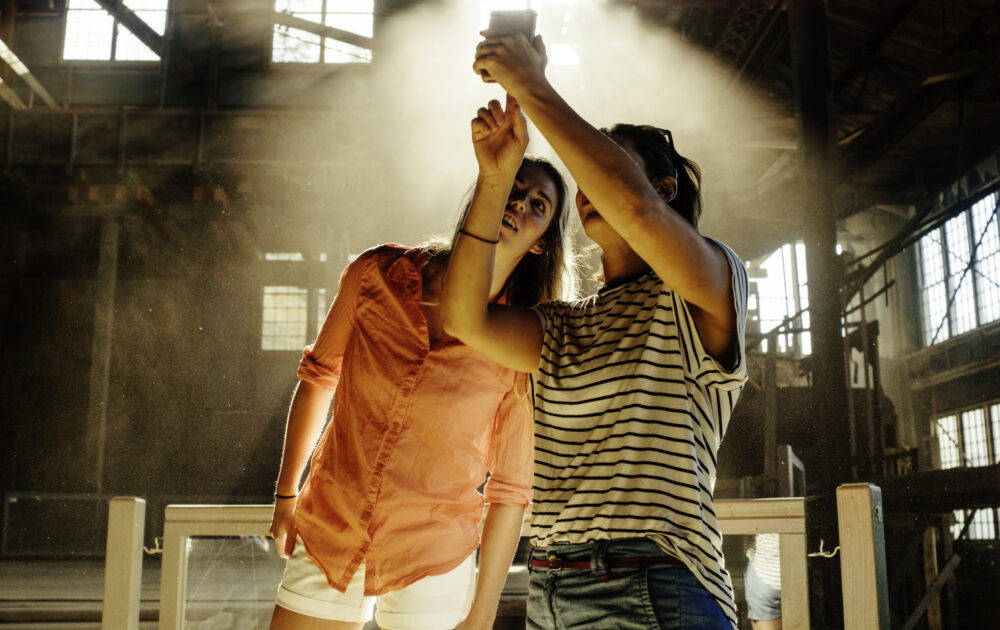 Life on the Ground Floor is emergency room physician and bestselling author James Maskalyk’s gripping memoir of time spent between a resource-poor hospital in Addis Ababa, Ethiopia, and a trauma centre in Toronto, Canada. Reminiscent of the works of Atul Gawande and Henry Marsh, this masterfully written account reflects on the grief, laughter, tragedy and hopes common to us all during the most agonising of times. James shares his insights and experiences with The Guardian’s Ben Doherty.

Gods and Monsters: Mythology in Fiction

Nicole Abadee meets two critically acclaimed novelists who draw from mythology to tell their stories. Hear Irish author Danny Denton and Canadian novelist Eliza Robertson in an absorbing discussion about the use of fable and lore in literature. Danny’s debut (The Earlie King & the Kid in Yellow) conjures a post-apocalyptic Ireland through myth, poetry and diverse narrative voices. Eliza’s (Demi-Gods) uses classical mythology as the blueprint for a dangerous romance that unfolds over a series of summers.

Montreal-based Xue Yiwei has been hailed as one of China’s most charismatic literary stylists; however, his recently translated novel was banned in his home country. Dr. Bethune’s Children begins when a chance encounter in a Montreal supermarket inspires its narrator to write a series of letters to Dr Norman Bethune, the Canadian communist who brought modern medicine to China. In conversation with Linda Jaivin, Xue discusses his novel that illustrates the very human consequences of the distress and repression that have marked an entire generation.

10am – 11am  Carriageworks Blacksmith’s Workshop

For many people, their exposure to astrology is limited to the horoscope column at the back of a newspaper. Award–winning Canadian author and astrology devotee Eliza Robertson believes this is like only being exposed to literature through Fifty Shades of Grey. The author of Demi-Gods explains why the ancient practice intersects art, language and mathematics, examines its appeal to historically marginalised groups, and argues that it offers a more vivid and inspired way of understanding reality.

The Future of China

Xi Jinping has become China’s most powerful leader since Mao Zedong. But with his consolidation of power, the country has become more authoritarian, with increasing censorship and arrests of lawyers and activists. Three Festival writers uniquely placed to discuss China sit down with Linda Jaivin to talk about its political, economic and cultural future. Join Minglu Chen, senior lecturer at the Chinese Studies Centre at the University of Sydney; Robert E. Kelly, a professor of political science at Pusan National University; and Xue Yiwei, a prolific Chinese-born novelist, for a riveting and timely discussion.

The lauded debut novel by Canadian author Eliza Robertson follows two young sisters on voyages of sexual discovery with the sons of their mother’s lover. Using ancient tales as its blueprint, Demi-Gods unfurls a strange and dangerous relationship against a series of sun-washed, Instamatic-filtered summers in the 1950s. Hailed as a “young writer who succeeds in imagining the world afresh” by The Independent, the novelist and previous winner of the prestigious CBC Short Story Prize joins Abigail Ulman to discuss her work.

Three writers share their perspectives and experiences of the global refugee crisis that has displaced more than 60 million people. Kapka Kassabova’s Border: A Journey to the Edge of Europe is an award–winning account of the border zone between Bulgaria, Turkey and Greece. James Maskalyk is an author, emergency physician and member of Médecins Sans Frontières. Francis Wade is an independent journalist focusing on Myanmar and South-East Asia. They join Claire Higgins, a senior research associate in international refugee law and author of Asylum by Boat.

A maverick of contemporary Chinese literature, Xue Yiwei is the author of some 18 acclaimed books. His short-story collection Shenzheners takes readers beneath the surface of “socialism with Chinese characteristics” in the megalopolis Shenzhen. Inspired by James Joyce’s Dubliners, it was named one of the most influential Chinese books of the year following its release. Hear the Montreal-based author in conversation with Luise Guest about a collection that reveals the hopes and dreams of ordinary people grappling with the impact of globalisation.

James Maskalyk is the bestselling author of the critically acclaimed Six Months in Sudan, and the 2017 Hilary Weston Writers’ Trust Prize-winning Life on the Ground Floor. He is an emergency-room physician, award-winning teacher and member of Médecins Sans Frontières and teaches meditation with the Consciousness Explorers Club. He currently divides his time between Toronto and Addis Ababa.

Eliza Robertson attended the University of Victoria and the University of East Anglia, where she received the 2011 Man Booker Scholarship. In 2013, she won the Commonwealth Short Story Prize and was a finalist for the CBC Short Story Prize and the Journey Prize. Her first story collection, Wallflowers, was shortlisted for the East Anglia Book Award and selected as a New York Times Editor’s Choice. In 2015, she was named one of five emerging writers for the Writers’ Trust Five x Five program. She is the winner of the 2017 ABR Elizabeth Jolley Short Story Prize for her story Pheidippides. Demi-Gods is her first novel.

Xue Yiwei is the author of 18 acclaimed books in Chinese, including five novels, five collections of short stories and novellas, and five literary essays. Ha Jin called him “a maverick in contemporary Chinese literature”, and his works have been translated into English, French, Swedish, German and Italian. The English version of Dr. Bethune’s Children, a novel banned in China for more than 6 years, has drawn international attention since its English publication in 2017. Yiwei lives in Canada.

Janie is the Editorial Director at House of Anansi Press, Canada’s largest and most prestigious independent publishing company. She acquires international titles across all categories, specialising in literary fiction and general non-fiction, including current events, big ideas, science, politics, biography, memoir, and history.

for the Visiting International Publishers program coordinated by the Australia Council for the Arts.

Writer, journalist, publisher and director of programming at the Métroplois Bleu International Literary Festival in Montreal