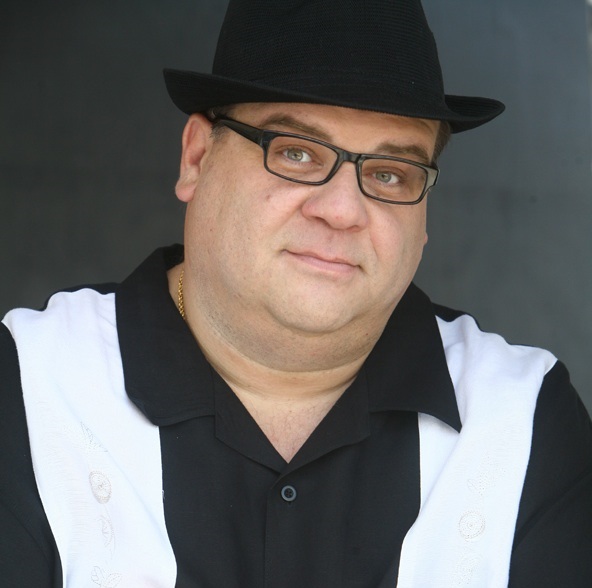 Growing up in Canada with Greek parents, comedian Angelo Tsarouchas had to manage a double life as a kid.

“I’m a Canadian, who grew up in Canada with rules that were made in Greece,” he said, laughing.

“We would go to school and we would be schooled in the Canadian education system, and then we’d come home and we’d be eating Greek food and speaking Greek, so it was kind of adapting to both worlds at the same time.”

Tsarouchas has been in Melbourne to perform his show ‘The Funny Greek’ at the Melbourne International Comedy Festival, and is heading to Canberra on April 21st , and Sydney for shows on April 23rd and 24th.

While he now lives in Los Angeles, Tsarouchas’ heart is very much in Canada, an attitude instilled by his parents who both emigrated from Greece.

“My parents always told us ‘Canada is your country, always love this country, this country gave you a future’,” he said proudly.

“I was born in Montréal, I was raised in Ottawa, I lived in Toronto and Vancouver, so I’ve been all across the country, and as a comedian in Canada I’ve been able to tour the whole country from coast to coast.”

Tsarouchas knows where his comedy comes from, and it drives him.

“I’m of Greek descent, from Canada, living in America, married to an Armenian, currently touring in Australia – there’s your comedy,” he said.

“The truth of the matter is my real passion and love is comedy and acting, and you know what they say – if you do something you love it never feels like work, so I feel like I’ve never worked. It’s just something I really enjoy doing.”

His pride in both Canada and his Greek heritage comes through strongly in his performances, and he thinks audiences around the world – but particularly in Australia – can relate.

“I find a lot of similarities with Canada and Australia. We have the same sensibilities, we’re Commonwealth countries, we both have the Queen on our money,” he said.

“I travel the whole world, and I go to a lot of places, but I just find it’s a weird sense of being home for me, with all the Greeks here – in Sydney, and especially in Melbourne.”

Even with Melbourne feeling like home, however, there are some things a Canadian will always crave.

“You guys are coffee snobs, and your coffee is amazing,” he said.

“But I miss Tim Hortons Coffee and Donut shop. That and I miss the passion for hockey. They have hockey in LA but they don’t really care about it.”

Tsarouchas has toured Australia before, but is taking this chance to see more of both Melbourne and Sydney.

“I’m with my wife and daughter – they’ve never been to Australia, so we’re taking the opportunity to do things I never do,” he said.

“We went to a footy game and we went to Luna Park here in Melbourne, and I think when we get to Sydney we’ll go to the big aquarium and take them down to Darling Harbour. There are so many cool things to do in Sydney and Melbourne, so we’ll be doing a lot – I love the ferry around the harbour.

“The hospitality here has been unbelievable; I’ve just never felt anything like it. Everybody is so wonderful to me and my family – it’s been so nice here.”

Angelo Tsarouchas will perform a show on Thursday April 21 at the Canberra Hellenic Club, then two shows at the Sydney Comedy Festival at The Factory Theatre on April 23rd and 24th. You can find him on Twitter @bigangcomic.