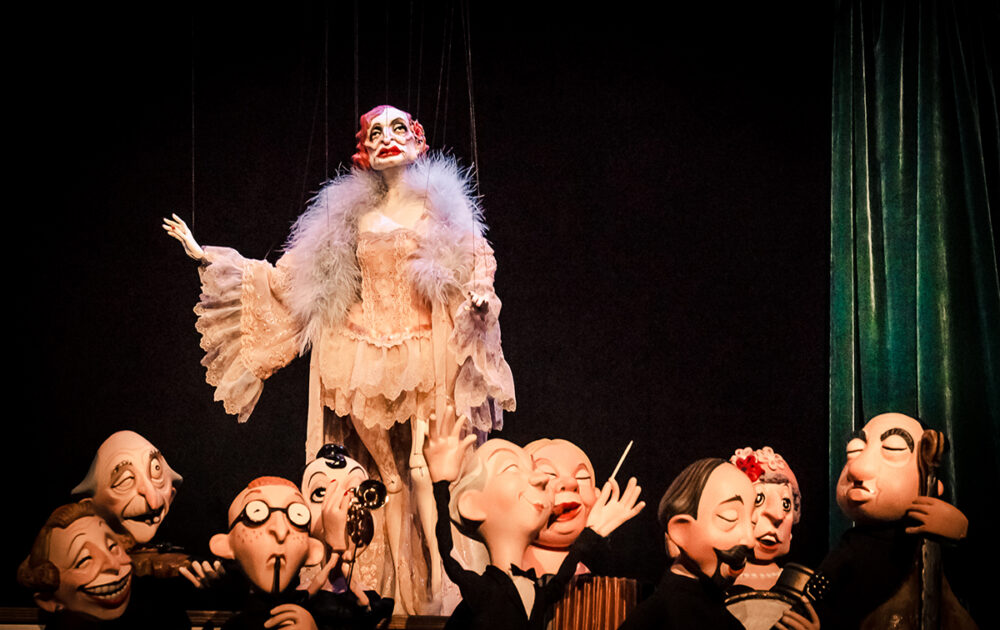 The Sydney Festival is complete for another year, with Sydney-siders having been inundated with the most diverse range of artistic displays imaginable.

Canada Down Under was given the opportunity to embrace the Festival in 2018, with Sydney Festival providing access to a range of performances which encompassed the inclusive nature of the event.

From the sounds of an orchestra made up solely of electric guitars to the absurdity of two Irish brothers on a quest to bring dance fusion to the world, there was something for everyone in 2018. Prior to the Festival, Artistic Director Wesley Enoch told us he hoped it could be a “cultural New Year’s Resolution”, and those that immersed themselves in what Sydney Festival had to offer, it surely was.

Our Sydney Festival began with a theatrical stroll through the Dutch Golden Age at Rembrandt Live, which married musical and dramatic performance from the Australian Brandenburg Orchestra with the spectacular 17th century paintings on display at the Art Gallery of NSW. This immersive experience allowed guests to enjoy the works at their own pace, while being absorbed into the sounds and theatre of the era.

Next we had Lords of Strut, held in the heart of the Sydney Festival hub at the Magic Mirrors Spiegeltent. Irish brother Seamus and Sean took their enthralled audience of mainly primary school kids on a spandex-filled journey of 80’s classics and dance numbers. This absurdist, slap-stick performance kept kids and parents thoroughly entertained, as the pair danced their way through, encouraging the audience strive for their ambitions in their own eccentric way.

Over at Carriageworks, we were witness to an extraordinary performance of Rhys Chatham’s 100 guitar orchestra. The awesome sound produced by the electric guitars was at times almost trancelike – the overwhelming noise swept over the audience in waves, pulsing and strumming in ways that were entirely unexpected from their instrumental origins. The performance, produced by 100 amateur guitarists who had rehearsed only four times together, was a treat to the senses.

Back at the Spiegeltent, we had the opportunity to hear the extraordinarily talented Emma Donovan pay tribute to Indigenous singer Ruby Hunter. The soulful and honest performance drew from Donovan’s genuine love and respect for Hunter, which could be felt with every note. Performing with The Putbacks, Donovan put on a meaningful and heartfelt show that paid absolute respect to one of Australia’s most important Indigenous singers.

Electro-rock group The Acid provided the haunting live soundtrack to the bomb, a multimedia documentary experience at Carriageworks. This look at the history of the nuclear bomb and arms race took audiences through the origins and the potential dangers of the weapons through a harrowing display of imagery and music. This was an experience that will live with audience members for some time – the score was perfectly matched with the visual display, and the idea that these weapons remain within close reach of some was enough to fill those in the crowd with dread.

And of course, we had our Canadian performances at the Festival, which this year were Alanna Mitchell’s Sea Sick, and Ronnie Burkett’s The Daisy Theatre.

Sea Sick is a one-woman performance featuring anecdotes and learnings from Alanna Mitchell’s research into the health of the oceans, and how this life-blood of our planet is under serious threat. The informative, funny and at times almost depressing show leaves audience members wondering what, if anything, they can do, while marvelling at Mitchell’s storytelling. A journalist rather than scientist or trained actor, Mitchell takes the audience on a journey through her own findings, weaving an interesting if terrifying tale about the damage we’re doing to our oceans.

The Daisy Theatre, on the other hand, is a slightly more raucous occasion. Master puppeteer Ronnie Burkett, who handles and voices all of the marionettes in the show, brings life to his characters to the most incredible extent – his ability to hide in plain sight while controlling his intricate puppets, each providing a glimpse into the absurdity of life and the state of the world is masterful. This improvised, colourful, intelligent and brilliantly funny show was one of the highlights of the festival, and encapsulated what Sydney Festival is about – bringing the best art from around the world to Sydney.

In a chat with Canada Down Under before the Festival, Wesley Enoch said he hoped the festival would be “a time to think differently, to think broader, to engage with different people, and to challenge yourself to think outside of the everyday or habitual”, and certainly from our experience, anyone who attended Sydney Festival in 2018 had the opportunity to do just that.

The Consulate General of Canada was a proud partner of Sydney Festival in 2018.