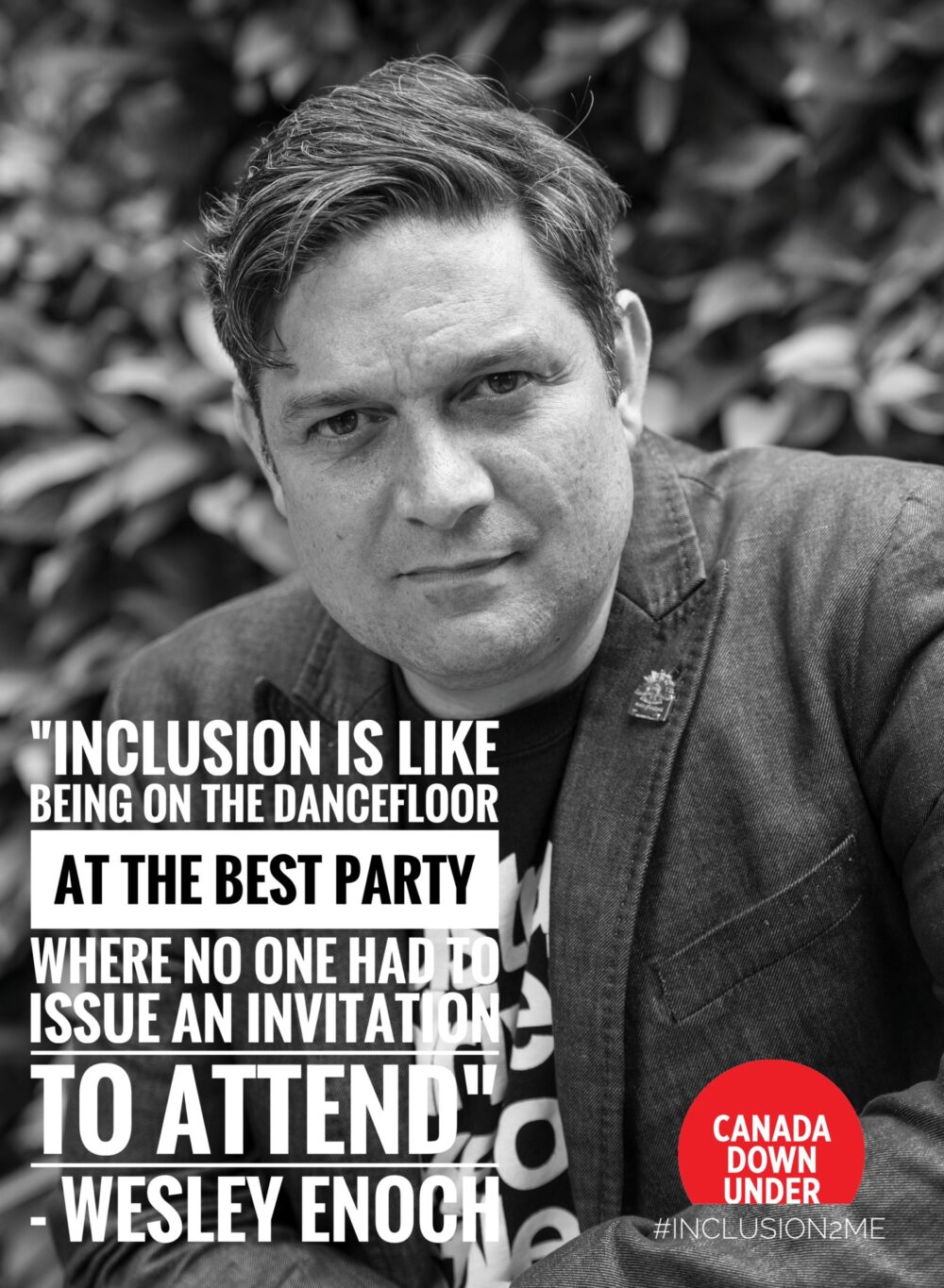 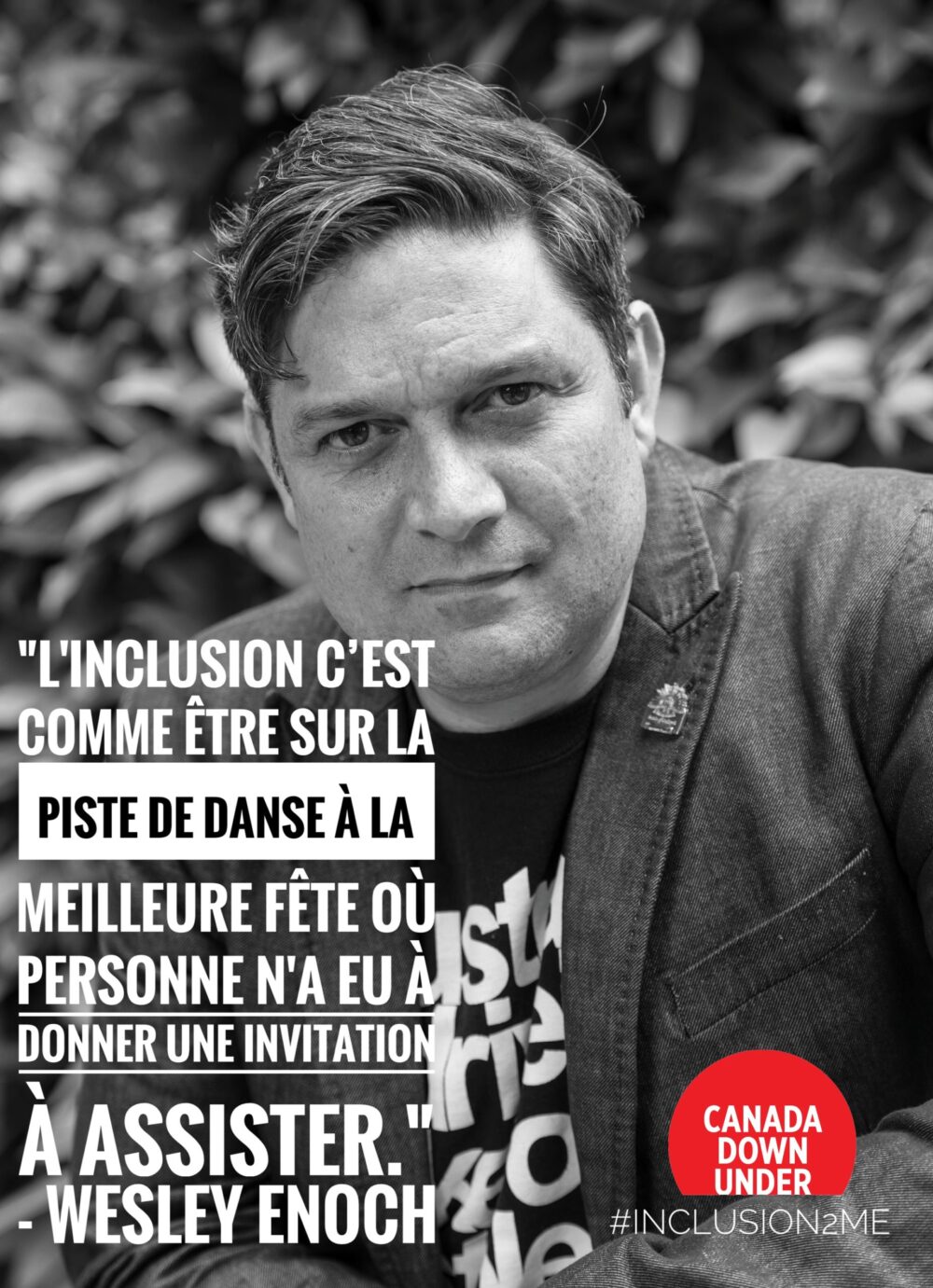 As the Artistic Director of one of the largest and most prestigious events in Australia – the Sydney Festival – Wesley Enoch’s challenge is to deliver a program that is not just entertaining, but one that is diverse, welcoming and inclusive.

Having taken over the role of Artistic Director for the resoundingly successful 2017 Sydney Festival, Enoch’s goal is to make the festival accessible to as many Sydneysiders as possible, while taking them outside their ‘normal’, often insular world.

“Often our habits are those of isolation, if you think about the digital landscape that we inhabit now for our work and also our social life, we’re very driven by the digital and the virtual world; the idea of building communities outside of the digital is really important because it builds a stronger sense of cohabitation that also means that we will value the natural world as much as the digital,” Enoch told Canada Down Under.

“The territory that we co-inhabit in Sydney is one that is always broad, it’s always open, and I often talk about Sydney Festival, because it’s in January, as a New Year’s Resolution, it’s a cultural New Year’s Resolution – it’s a time to think differently, to think broader, to engage with different people, to embrace difference, and to challenge yourself to think outside of the everyday or the habitual.”

Achieving a balanced program that will attract a broad, diverse audience while ensuring tokenism isn’t a factor in selecting acts is the aim, and Enoch’s philosophy on inclusion is helping to achieve that.

“Often we talk about inclusion as making sure everyone can be part of it, but the real joy is when people are already part of it, they don’t need to be issued an invitation, they are naturally part of what’s going on, and Sydney Festival is a bit like that,” he explained.

Part of that inclusive line up in 2018 are two Canadian shows – Alanna Mitchell’s Sea Sick and The Daisy Theatre by Ronnie Burkett.

“I’ve got a deep relationship with Canada – Canada has a lot of lessons to teach Australia,” Enoch explained.

“It’s been around a bit longer, it already has a history of relationships to its landscapes, to its First Nations, to ideas and ways of migration.

“What I love about Alanna [Mitchell] is that she’s talking about something that is universal, it’s beyond just a Canadian experience, and she references some connections to Australia and the more we can build ties with each other the more we can build a stronger international relationship around some of the themes.”

[On The Daisy Theatre]

“Ronnie Burkett is a master puppeteer – a master – and what he does, using his puppets, is talk about social trends or social attitudes that might need to be addressed. He doesn’t go on a political rant or a polemic at you, he uses characters that we build sympathy with to take us on a bit of a journey and to reveal in ourselves things that we might need to change,” he said.

“He’s talking about the issues of today through these beautiful characters – a puppet can maybe say things that a human being can’t, we believe that this animated, inanimate object is not connected to a human being, it has its own life, its own soul, and we look at is and it says things to us that may be critical, but we take in a very different way because we’re looking at this character.”

Also making the journey from Canada are artists Vanessa Quan and Lorna Brown, who are producing an installation for the 2019 festival, plus Jarrett Martineau, who works with First Nations artists and will be scoping out the festival with a view to produce a show in 2019, helping to continue the strong presence at the Sydney Festival going forward.

The Consulate General of Canada in Sydney is a proud partner of the Sydney Festival. For information and tickets, visit http://www.sydneyfestival.org.au/