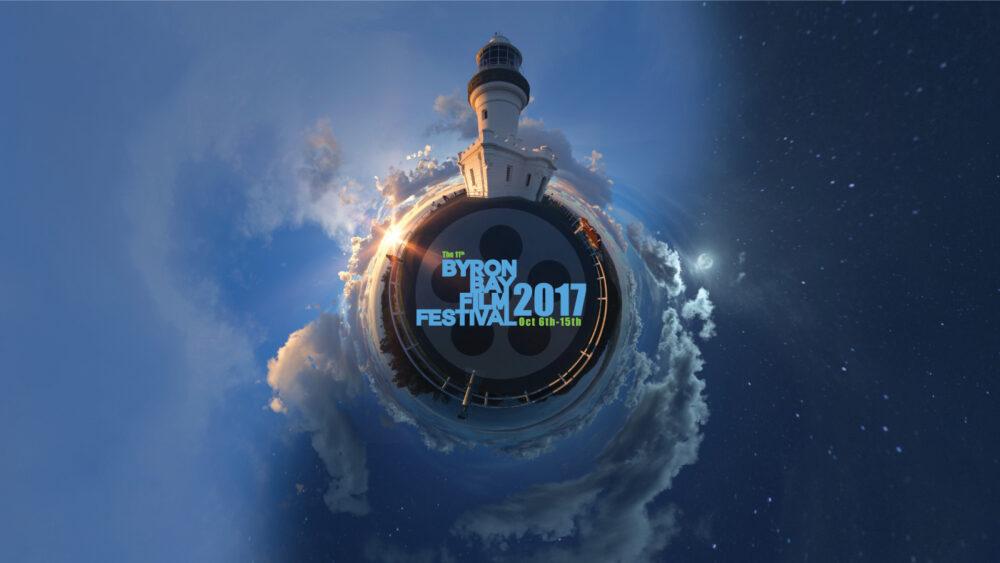 The Byron Bay Film Festival’s focus on Virtual Reality as a cornerstone of its program has highlighted the festival as a ‘must-attend’ for proponents of the fast developing medium, and this year Emmy-award winning Canadian Stefan Grambart lifted the calibre of the event by attending for the first time.

A pioneer in Virtual Reality storytelling, Grambart, from Toronto, joined the Film Festival’s Co_lab_Create component, which brings together Virtual Reality experts from around Australia and the world to discuss recent developments in VR, ideas for funding and future projects.

Grambart told Canada Down Under that having the chance to come to Byron Bay was beneficial to his own work, getting fresh perspectives from a wide variety of experts in the field.

“The issue with this being such a nascent new field, you don’t want to limit yourself to just having one group, and while the VR community in Toronto is amazing, there’s meet-ups that happen on a monthly basis, there’s a lot of good people, but it gets a little bit insular, and a lot of the same ideas start to get circulated,” he said.

“It definitely helps to meet people from other markets, in other territories and other cultures and see how they’re approaching VR, what their thoughts on VR are.”

Having worked in VR since 2013, Grambart has watched the medium develop, and saw the opportunity to adapt his skills in other storytelling areas into the fast-growing industry.

“I was always engaged in immersive storytelling, so when VR technology – or this latest round of VR technology – took off,  I saw the chance to take my expertise that comes from gaming, tabletop gaming, and improv theatre and merge that in with the technological aspects of the interactive work I’ve been doing, and doing it in VR, he explained.

“I worked on my first VR project with a company I was at in Toronto, Canada, which was for Sleepy Hollow VR which is a FOX TV program, and that went on to win the first ever Emmy for Virtual Reality, so highlight of my career and definitely brought about more work and has kept me working in the field.”

Featuring at the festival was MIYUBI, VR experience which at 42 minutes is the world’s first VR scripted comedy, created by Canada’s Felix & Paul Studios – a world leader in Virtual Reality.  Grambart says the studio is part of a vibrant and innovative industry building across Canada.

“I would say that three of the major hubs are the Toronto-Waterloo area, Montreal, and then Vancouver, and I think a lot of that is because these are traditionally places where film development has happened, games development – especially with Montreal – and then VFX, there’s a massive industry in Vancouver and it’s a burgeoning one in Toronto as well,” he said.

“Canada seems to be poised to be a really big tech hub for the next five to ten years and probably growing from there.”

Having moved now to freelance VR producing, Grambart says he has the opportunity to take his innovation to the next level, and continue to push the boundaries of the relatively new medium.

“The projects I’ve been pushing for myself are a little bit more on the experimental side – it’s been great being able to choose my own projects,” he said.

“The creative and the storytelling aspect I get out of the freelance contract work, and then on the personal projects, the things that I’m trying to do, I  get to be a little bit more experimental and try to innovate on very specific storytelling needs.”

J’aimee Skippon-Volke, Director of the Byron Bay Film Festival and herself a Virtual Reality Producer and Consultant who has curated VR at the Cannes Film Festival, told Canada Down Under that it was important to have people of the calibre of Grambart attend the festival.

“Stefan is a powerhouse in the global Virtual Reality Industry, having him there at our second Co_Lab_Create Thinktank gave the gathering much more gravitas – but also Stefan was able to really share his in-depth knowledge with the attendees – providing a new perspective but also insight on the Canadian and International Industry and the state of play right now,” she said.

“This unique industry highlight for our festival has grown from our own connection to the medium – and we understand without bias that Canada’s positioning [as a global leader in VR] is deserved based on track record and the support the provinces invest in innovation.

“It was an honour to host Stefan – and I really look forward to being able to continue to connect with Canadian Innovators in the years to come – to bring them to Byron to share their knowledge and build business connections.”

In 2017, the Consulate General of Canada was the Cultural Partner of the Byron Bay Film Festival, creating the ‘Creative Canada’ component of the festival, helping to bring a focus not just to Canada’s leadership in VR, but also its thriving film industry.

“Creative Canada was a fantastic new initiative for our festival, it allowed us to bring and focus on exciting Canadian Talent from across many different Provinces whose work resonated with the interests and values of our own local community,” Skippon-Volke said.

“The Creative Canada funding allowed us not just to extend the reach of our VR sessions, the marketing of the Canadian films within the program, to bring Canadian talent to our audiences but it also allowed us to curate a strong Canadian showcase that worked for our audiences, the creatives involved, and the festival. In particular funding allowed us to put the spotlight strongly on First Nation Issues and People – as well as women and LGBTQI stories.”

The Consulate General of Canada was a proud supporter of the Byron Bay Film Festival, and that supporter allowed Stefan Grambart and Teresa Earle, producer of Journeys to Adaka to attend the festival as part of #creativeCANADA.