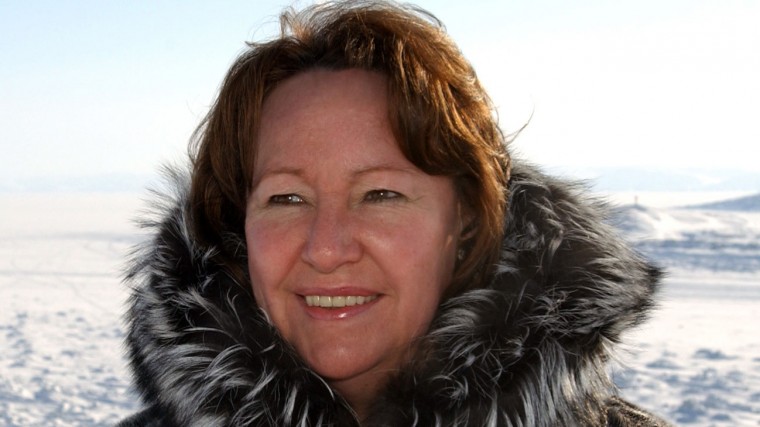 Sheila Watt-Cloutier travels the world with a warning. The ice is melting.

Watt-Cloutier, an acclaimed Canadian Inuit activist, has been active in her campaign to spread the word about global warming for many years and her message is clear – it is happening now.

“There are new species of insects, fish and animals that come up [to the Arctic] now. There are more unpredictable weather patterns making it very difficult for people to read the conditions properly and objectively and the ice freezes much later in certain areas in our circumpolar world and also breaks apart,” she said.

“The melting permafrost is affecting the houses, buildings and infrastructure because they’re starting to buckle, including our runways, so it’s cultural, it’s infrastructure, it’s environmental – it’s all of those things.”

In Australia for the Melbourne Writers Festival and Sydney’s Festival of Dangerous Ideas, Watt-Cloutier has been widely acknowledged as a champion of indigenous rights worldwide, including being awarded the 2015 Right Livelihood Award – known as the alternative Nobel Prize.

Born in Kuujjuaq, Nunavik in Northern Quebec, Sheila spent the first ten years of her life living off the ice and traveling only by dog team before being sent away for school. Since, she has worked in indigenous education, human rights and health, including becoming Chair of the Inuit Circumpolar Council.

“The Inuit Circumpolar Council, which used to be called the Inuit Circumpolar Conference, was created way back in 1976 in Alaska to unify the Inuit of the world and strengthen our voice as a whole and try to address these environmental negative impacts that were happening in our homelands, and in those days it was oil spills in Alaska,” she explained.

“It has grown into a very effective and well known organisation that has observer status at the United Nations, and I was elected within that organisation for eleven years – seven years with Canada and then four years as the international chair of the four countries.

“Of course right from the beginning it was always about environment and protection of that, because for us, environment isn’t just environment,” she continued.

“We’re dealing with culture, protection of biodiversity – it’s a very holistic approach that we interpret environment to be. It isn’t just about species specific animals, it isn’t just about hugging trees, it’s really about a way of life that we’ve always been protecting through that process, and that has remained today – protecting the rights and interests of Inuit of the circumpolar world, and environment comes into play on almost every file that we touch.”

Having come from a background of traditional teachings, Watt-Cloutier says there is a risk that with the increasing effects of climate change on the Arctic, vital aspects of Inuit culture and learning could be lost.

“When you’re out there and you’re learning, you’re learning to become a proficient provider for your family, you’re learning how to be a natural conservationist through the respect of nature and all around you, but you’re also learning about yourself as much as the technical aspect of being a good harvester,” she said.

“The land and ice teaches you all of that, so it’s a very holistic way of learning both the technical aspect of the hunt and the character building as well. So, those are precious skills that you not only need to survive and become a good provider on the land and how to assess environmental issues and to respect them, but also those skills are very transferable to the modern world.”

Watt-Cloutier sees climate change affecting indigenous communities across the world in a similar way – through a loss of culture and learning – and that comes to the fore consistently in the international arena.

“When people go off to the United Nations negotiations, whether it’s on persistent organic pollutants or climate change or biodiversity, then we meet up with and work with fellow indigenous groups from around the world and we end up realising we have more commonality than differences, because indigenous peoples of the world are very connected to their land, their languages, their customs and traditions, and our environment,” she said.

“We are the ones that probably are the most vulnerable to climatic changes, but yet have the least sophisticated mechanisms to adapt to these rapid changes, and also we probably have the least to benefit from business and industry in the world.”

Watt-Cloutier hopes her travels, as well as her book The Right to Be Cold, will inspire people across the globe to look more carefully at the effects and damage of climate change, even if they can’t yet be seen or felt in their immediate backyards.

“I think to connect with people on a personal level is always effective, because you hear about these things far away and you’re not quite sure what role one might have with these people who live on the ice and wear fur, not knowing if you can relate to that, but I find when I go anywhere around the world, including here, human connection comes into play a lot,” she said.

“Whether its audiences across Canada or the United States or Europe or Australia, when you connect on that level people see we are all in it together, that we are all parents, we want the best for the future of our children and grandchildren, and hopefully I can tell the story and make people think about it a different way.”

“What happens in the Arctic doesn’t stay in the Arctic – it affects everybody else in the world. It can affect the ocean currents and then it starts a whole issue of more torrent tornadoes and hurricanes and droughts and wildfires, you name it, because that air conditioner for the planet is breaking down and it creates havoc elsewhere in the world,” she explained.

“That’s the kind of awareness that I try to bring to all of my talks – that human connection when they hear me speak and hear that it’s about children and families and communities – not just science, not just ice, not just the polar bear – then there’s much more of a connection and bond that occurs. I always see that, and that’s where I have hope – in the people.”

Sheila Watt-Cloutier was part of a Canadian delegation at the Melbourne Writers Festival who came with the support of the Canada Council for the Arts and the Consulate General of Canada, Sydney. Her book is ‘The Right to Be Cold’.