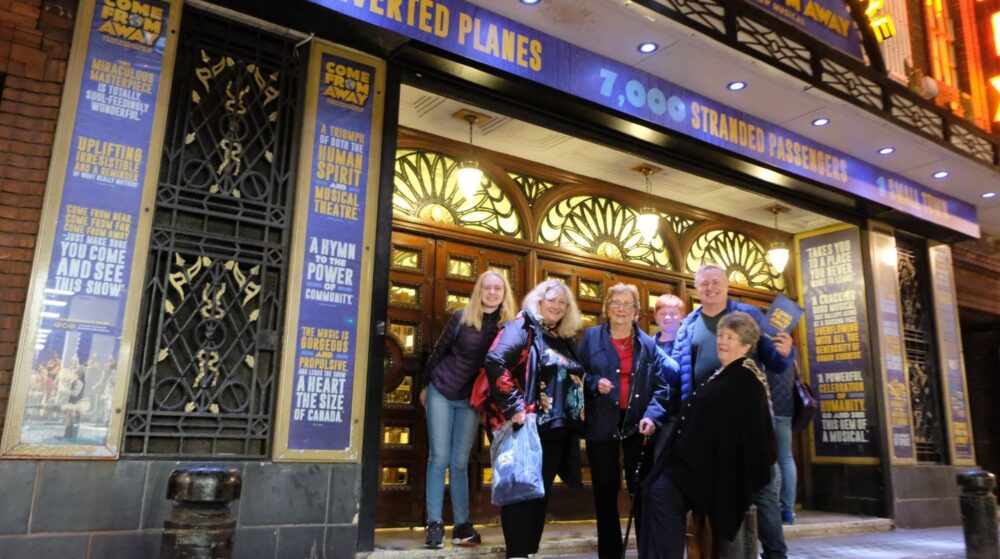 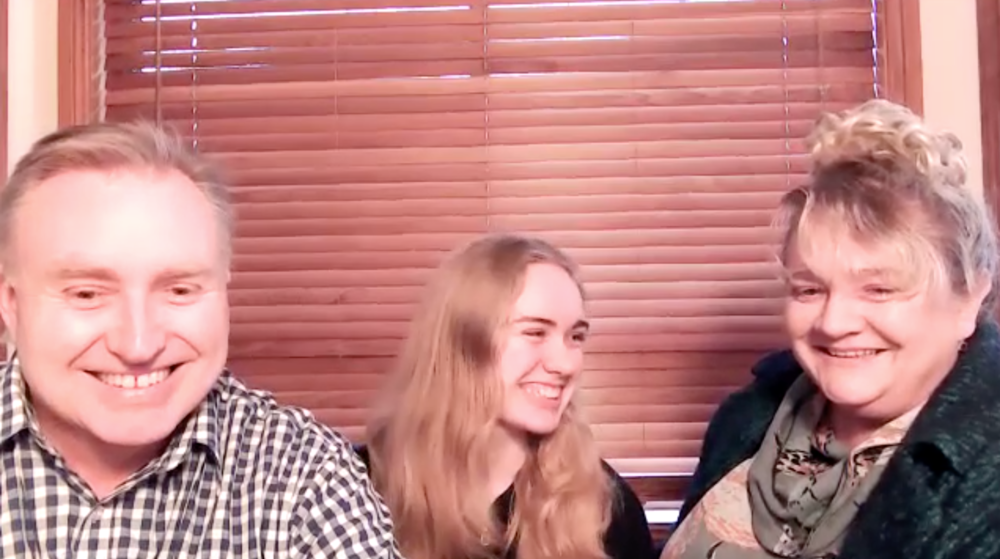 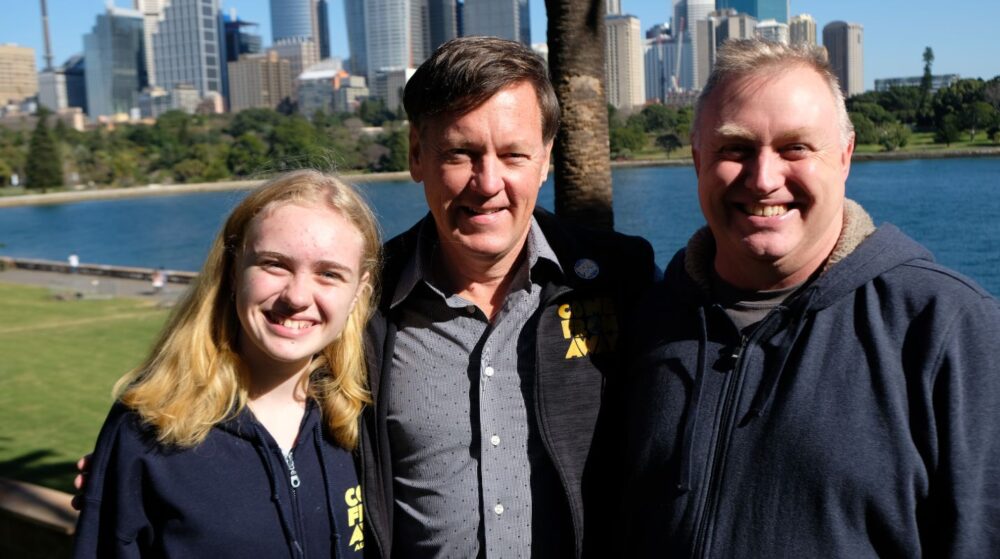 20 years on – a tragedy that sparked a movement of kindness

An Australian family has been spreading hope through small acts of kindness as a way to remember and commemorate the anniversary of the September 11 attacks.

Since learning about the Pay It Forward movement – performing three acts of random kindness for strangers in honour of the lives lost in 9/11 – Adam and Penny Wilson, their daughter Rebecca and son Joshua, have joined the movement whole-heartedly.

“Last year we went down to our COVID testing clinic and we just made-up little food bundles for the frontline workers,” Adam said.

“Just the joy you saw on people’s faces for what equates to a few dollars for each little bundle – it’s amazing what difference that made to people there.”

The Wilson family, from Sydney, first heard about the Pay It Forward movement when they visited New York in 2018.

While visiting the 9/11 Tribute Museum, the family was particularly moved by an exhibition that featured Kevin Tuerff, who explained how his experience on September 11 in 2001 motivated him to complete small acts of kindness to others.

Kevin was one of 7000 plane passengers who found themselves unexpectedly in the small town of Gander, Newfoundland in Canada, after 38 planes were diverted from US airspace.

With little warning, the town of Gander – with a population of just 9000 people – sprung into action to house, feed, clothe and comfort the stranded plane passengers for five days.

The incredible story of hope, humanity and kindness inspired the award-winning musical Come From Away, written by Canadians Irene Sankoff and David Hein, with Kevin portrayed as one of the characters.

Kevin’s experience in Gander inspired him to start the Pay It Forward movement, to show the same kindness to strangers that he had received when he was most vulnerable..

Penny Wilson said that hearing about the Pay It Forward movement bought her hope and was especially profound for her daughter Rebecca, who at the time of their trip was only 11 years old.

Most people say they remember exactly where they were September 11 when the news broke about the passenger plane which had been flown into the Twin Towers in New York. Rebecca Wilson was born on this day several years later.

Once she learnt of the extreme tragedy that occurred on the anniversary of that date, she found it hard to reconcile how she could celebrate her own special day, while people around the world grieved for the thousands of lives lost.

“I was really upset – I started to feel like – should I be happy and celebrate on this day?” she said.

For her, the Pay It Forward concept was a way to move the day beyond the sadness and grief by doing something positive.

“She really liked that idea, and she made the decision that for her birthday, instead of receiving presents, she wanted to turn it into a pay it forward event,” Penny said.

Rebecca and Penny wrote down their intention to Pay It Forward in the museum’s digital diary.

Two months after their trip, the family unexpectedly received a package from New York – Kevin had read about Rebecca’s plan to Pay It Forward for her birthday and sent encouragement and a copy of his book about the movement.

“We were really touched by that,” Penny said.

“Every year on her birthday after that, we’ve made a special effort to think of something we could do to Pay It Forward as Becca’s birthday celebration.”

That first year, Rebecca asked family and friends to donate to a foodbank instead of buying her presents for her birthday.

Each year they do something different to Pay It Forward.

“It’s something we really enjoy doing together now – the planning of it each year,” Adam said.

Sharing the Pay It Forward movement with others has also been highlight for the family.

“Encouraging other people to get involved is probably one of the most important things about it,” Penny said.

A bus driver from the school Penny works at is part of a group putting together care packages for people impacted by the humanitarian crisis in Afghanistan, Adam’s mum has got her retirement village involved in the movement, and the family is part of a theatre group that is collectively going to put together 100 care packages.

Rebecca’s advice for people unsure how to get started, is to think of a small thing that will brighten someone’s day.

“It doesn’t need to be big or flashy – giving someone a smile on a hard day.

Adam said it can be as simple as paying for the coffee for the next person in line at your local café or picking up some extra items at the grocery store to donate.

“Do what we did and start small,” he said.

When Come From Away first arrived in Australia, Kevin invited the Wilsons to the opening night in Melbourne, so they could meet in person for the first time.

The Wilsons encouraged their friends and family to see the show and said some were hesitant – they didn’t want to be reminded of the tragedy that occurred 20 years ago, but once they watched the story of the town of Gander opening their homes to strangers in a time of need, they understood why the family had whole-heartedly taken on the message of hope and kindness.

Beyond seeing the ripple effect of how one small act of random kindness can blossom into a movement, the Wilsons have made lasting connections.

Not only are they still in touch with Kevin, but the family regularly virtually connects with the people from Gander who they originally met at the Come From Away show in Melbourne. In the future they plan to visit Gander.

Penny said the Come From Away story is still a powerful reminder for the family.

“We’re still inspired by those real people, who didn’t set out to be famous or anything, they woke up that morning just to go to their jobs and things like that, but they did what needed to be done to take care of people,” she said.

“Just being more aware of it, gives us more chance if we’re ever called on to do something really big, hopefully we will.”

Kevin’s Pay It Forward charity website has more information on how the movement started, and about the goal to get 20,000 people to join the movement this year for the 20th anniversary of the September 11 attacks.