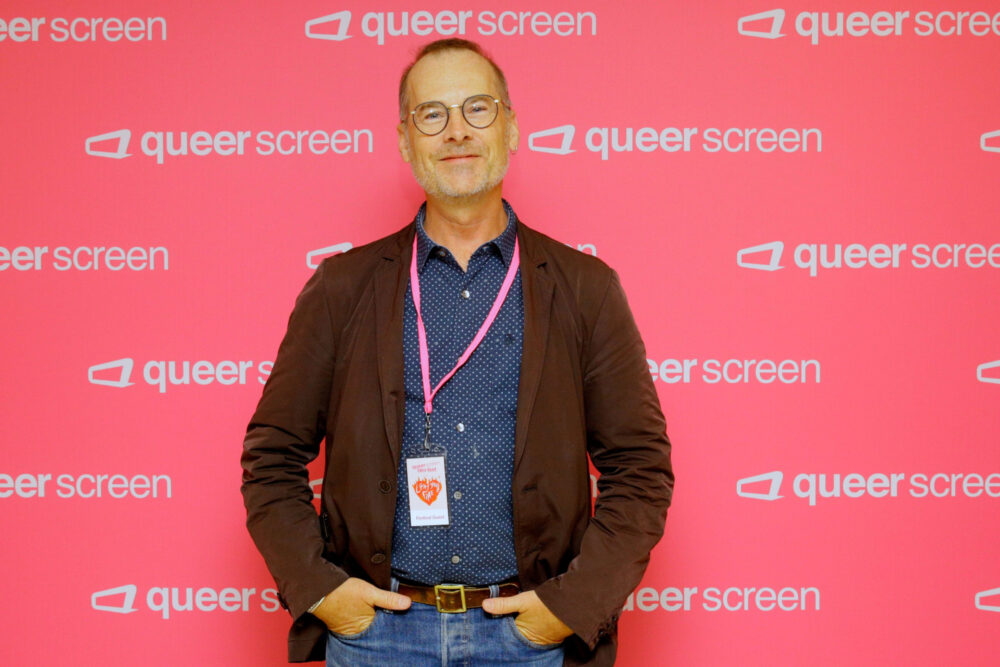 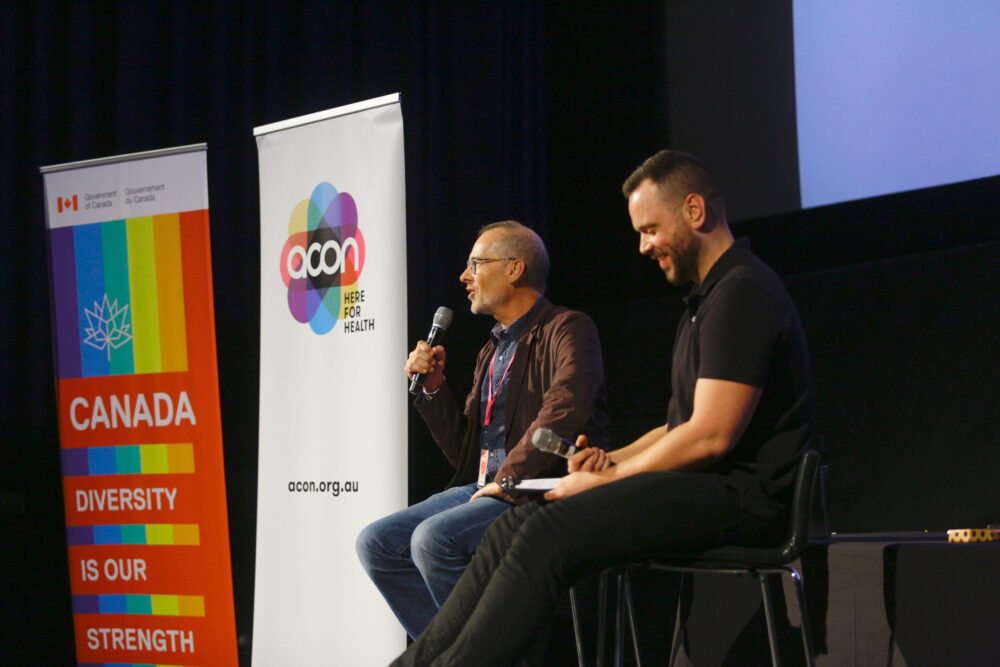 The first time Canadian Laurie Lynd recorded a film, it was done through the gaze of a Super 8. Whether you read that as an allusion to the early camera model or his approximate age at the time of filming, you’d be correct.

Now, some years later and as an award-winning director and screenwriter, Lynd is still passionately capturing stories in his hometown of Toronto.

He has worked with some of the most recognisable titles (Murdoch Mysteries, Schitt’s Creek) and personalities (Daniel MacIvor, Drake) of contemporary Canadian screen. In the world of film, each of his features and shorts are acclaimed breakthrough portrayals of queer voices; it’s a skill he brings to documentary format in his newest film, Killing Patient Zero.

The film investigates the story of Canadian man Gaëtan Dugas often referred to (incorrectly) as “Patient Zero”, unraveling the myth that he was responsible for introducing the AIDS epidemic to North America. Following its international premiere at Sydney’s Queer Screen Film Fest, Lynd spoke to Canada Down Under about why the film is much more than just an acquittal.

“I had a pretty clear idea of the story I wanted to tell. It wasn’t just the Patient Zero story. I needed to contextualize it for a contemporary audience because I think they don’t know,” Lynd explained.

“Even the simple fact that it was illegal – being gay was illegal – I wanted people to understand how recently this has all happened and that the AIDS epidemic hit not even a decade after gay liberation really was in full swing.”

For Lynd, bringing justice to Gaëtan Dugas meant remembering the gay liberation movement in North America, and the struggle for LGBTQI rights.

“One of the biggest reactions I’ve had [is that] making this film made me so angry. Angrier than I’ve been in a long time at society for doing that to gay people. And I’m angry at society today for forgetting that,” he said.

“We seem to forget our history so quickly now.”

The film, which he calls “a fairly explicit film [about] gay sexuality”, was perhaps most resonant for its powerful examination of internalized homophobia, and its different incarnations in society.

“I think it’s important to name it. We have to take away its power over us,” he said.

“That was one of the things I most wanted to talk about in the film. That was the most important thing in the film for me.”

But just as he believes it’s important to recognise and call out instances of prejudice, Lynd also celebrates the hard-fought achievements of LGBTQI activists, and the little reminders of these victories. Lynd tells us of the thrill he felt upon seeing a pride flag while driving through rural Ontario. He even stops himself mid-sentence during our conversation, remarking on a couple across the street and saying, “Look, there’s two guys holdings hands. See? We’re making progress.”

Considering the immediate success of Killing Patient Zero, Lynd’s first documentary, it would seem he has more cause for celebration. For its international premiere and second-ever screening, the response was incredible. Tickets sold out and festival organizers were forced to find a cinema with a higher seating capacity during what was already the largest edition of the festival. The documentary also received the audience choice for Best Documentary.

“So I’m grateful to the [Canadian] Consulate for helping bring me here and meet people and see the impact of this work. Because it helps inspire you to do more, you know? It really is inspiring.”

And he shares a bit of (well-deserved) pride as well.

“I’m so grateful for the film too because I feel like it’s got me back into the queer cinema world. One person who interviewed me around the release at HotDocs [in Toronto] said, did I think this would be the film I’d be remembered for. I said, ‘I think it might be’.”

Of course, it hasn’t always been easy. Fulfilling his childhood dream of becoming a filmmaker was not without its trials. Lynd himself is still learning about self-acceptance and his own internalized homophobia, something he says he has “always been battling… and probably will my whole life.”

For emerging queer filmmakers, Lynd’s advice is simple and genuine. It also begins by borrowing from one of Lynd’s own role models.

“To be very gay and quote Judy Garland, she said ‘Don’t be a second-rate version of someone else. Be a first-rate version of yourself’. And I think that’s very good advice – for anybody. But for [somebody going] into the arts, you have to be as true to yourself and your own unique voice as you possibly can be. Because that’s what makes it interesting.

“It’s easy to feel that all of the stories have been told already. […] I think that young artists just have to have faith in their own voice. That’s the most important thing they can do.”

Killing Patient Zero was screened as part of the Queer Screen Film Festival.

The Consulate General of Canada is proud to be a supporter of Queer Screen and to have helped in bringing Laurie Lynd and his film to Australia.