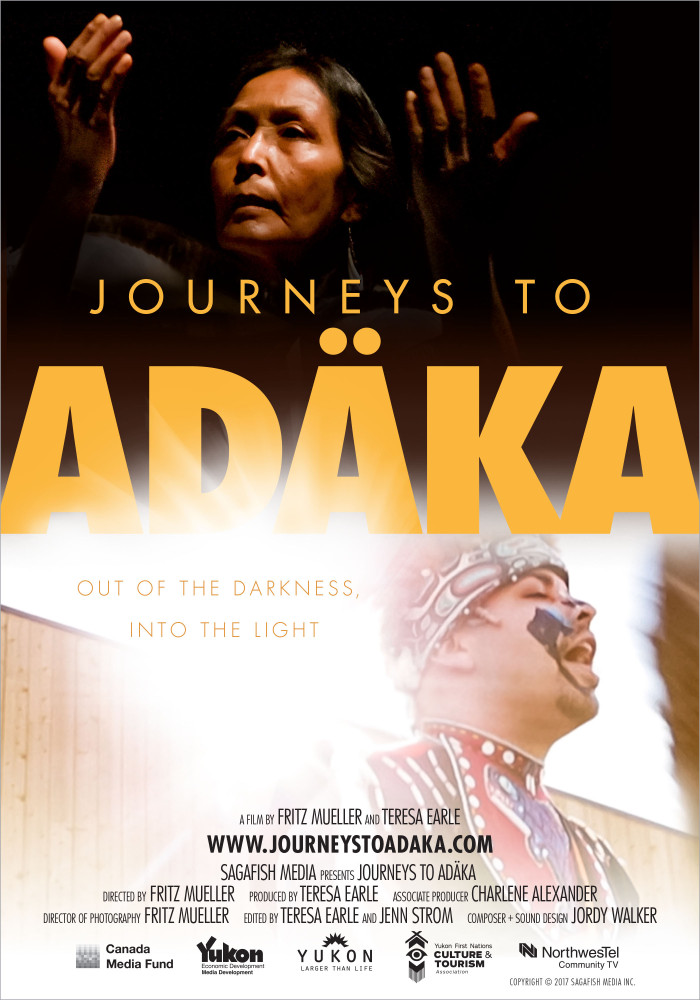 Canadian documentary Journeys to Adäka features the stories of seven indigenous artists and their individual journeys to the Adäka Cultural Festival in Whitehorse, Yukon, overcoming enormous hurdles in the process.

Teresa Earle, who served as the film’s producer, writer and editor (amongst other roles), was in Byron Bay for the film’s Australian Premiere at the Byron Bay Film Festival, and told Canada Down Under that the film connected strongly with its fist Australian audiences.

“The audience was so engaged, and I got the sense that there’s this shared experience between Canada and Australia,” she said after the film’s second screening at the festival.

“Our colonial history, our relationship with indigenous people, it was an emotional night for some people, kind of a reckoning, watching this story in another country and relating to it in their own backyard.”

The Adäka Cultural Festival was established in 2011 as an annual celebration of Yukon First Nation culture, held in the Kwanlin Dün Cultural Centre on the Yukon River in downtown Whitehorse, and attracts hundreds of performers, musicians and storytellers, becoming a signature northern event.

Earle says the stories of the seven people included in the film found her and her husband, the film’s director Fritz Muller, while they were working with the Vancouver Olympics and the cultural contingents from the north that attended.

“There’s a revitalising of culture that’s been involving many communities, not just in First Nations communities, so even though we’ve been living [in the north] for a decade or more, we started to be seeing performance or hearing stories or seeing celebration culture that we had not seen.”

The one-hour documentary, which was selected as part of the Byron Bay Film Festival’s Creative Canada component, is played out in communities across Canada, as the characters make their way to the northern festival to celebrate their culture and traditions.  It provides an intimate access to their rehearsals, training and crafting, while providing an insight into their own personal stories.

“They’re cultural giants, these seven are very humbling, they’re part of their communities, each in their own way lifting so much.”

With telling indigenous stories comes a responsibility to ensure certain sensitivities are respected and understood – neither Earle or Mueller are indigenous – and so consultation with experts was vital to ensuring the film met those responsibilities.

“There’s a lot of questions about who can tell indigenous stories. We were always included and invited, we did this film in association with the Yukon First Nation Culture & Tourism Association, we had a couple of elders involved,” Earle explained.

“We put the time in; we go back to this festival every year, so this has been a very long learning journey, the stories emerged in the edit, but the personal learning was over a much longer time, and I think for us, becoming more aware as Canadians, as Northerners – our kids learn Southern Tutchone, the regional First Nation language in school where we live – there’s an increased awareness that’s been happening over the last decades, so that’s been around us, and then of course we were immersed in these stories at a personal level.”

Earle says while the film is Canada-centric, she believes overarching themes will connect audiences around the world.

“At the end of the day it’s about inspiring people to look at what you can do to dig yourself up from difficult experiences, each of these characters has just overcome such unique but some of them quite devastating situations all the way through to individuals grappling with culture and identity, which is a very universal thing,” she said.

“The indigenous people we share this with enjoy it and are validated by it, and we made it to celebrate the story of our friends that are in the film but our goal has always been not to make a regional film, our goal was to make one that transcends the story of our area and helps other people either engage with an inspiring story in their own backyard whether it’s indigenous or not, step outside into another community.”

The Consulate General of Canada was the proud Cultural Partner of the Byron Bay Film Festival, and that support helped Teresa Earle travel to Australia for the festival.