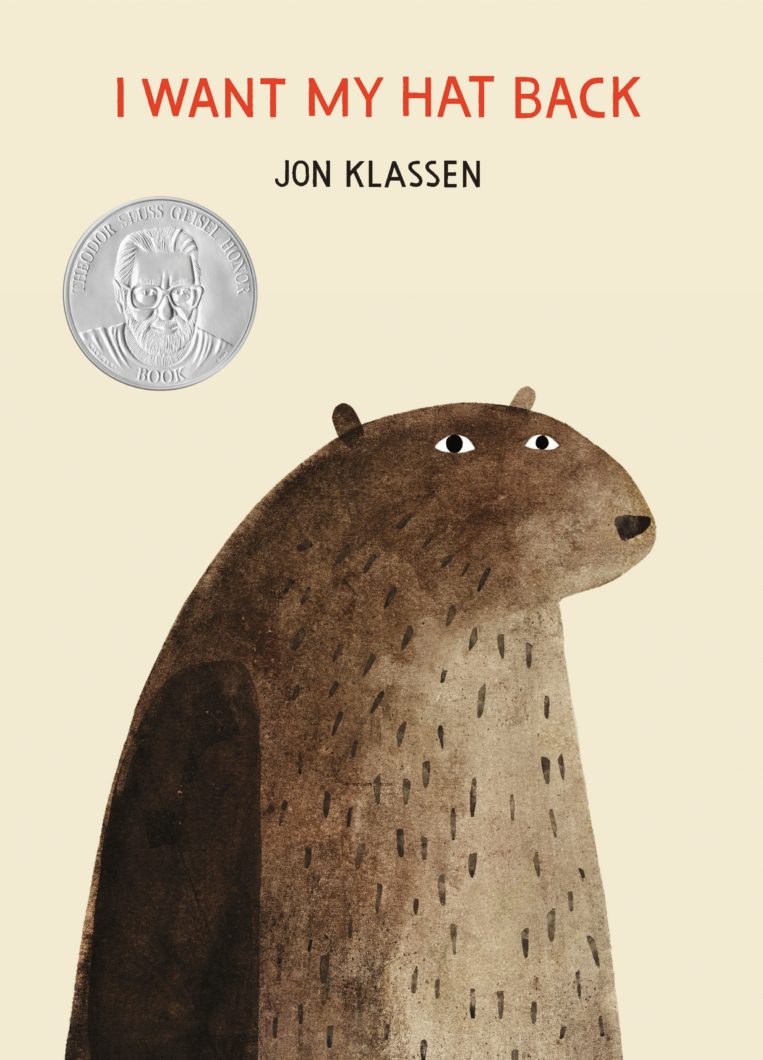 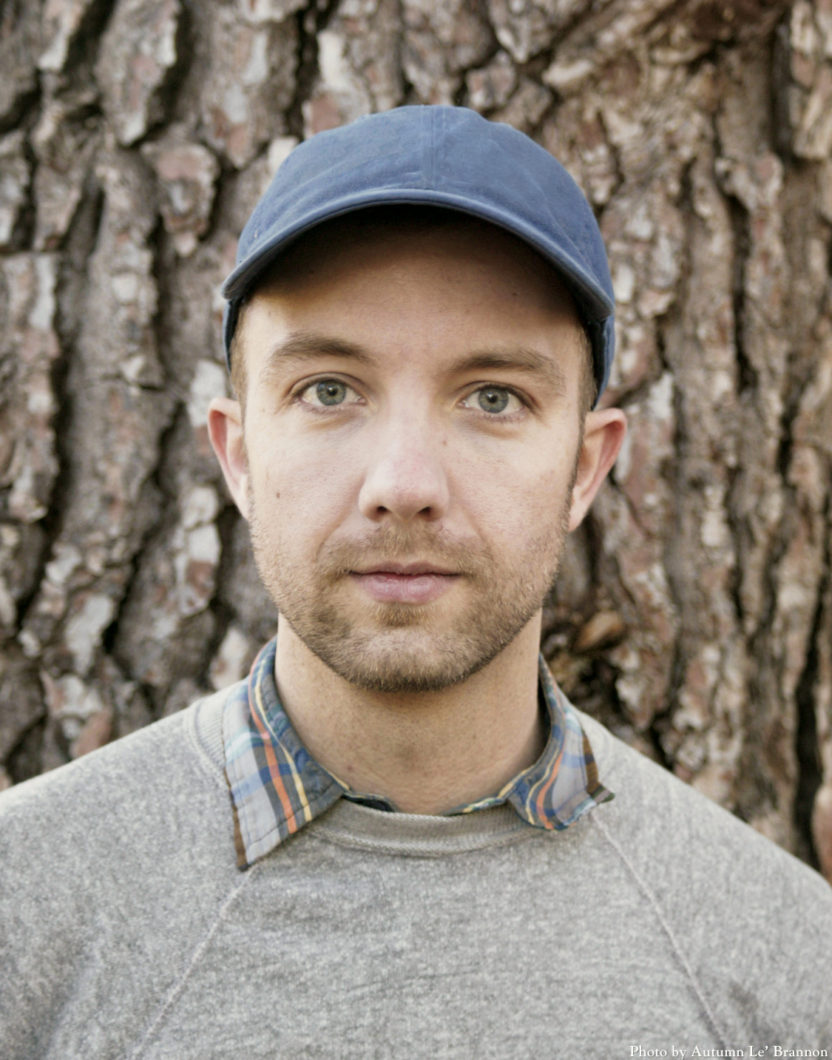 Standing in front of a packed house at Sydney’s Roslyn Packer Theatre, Jon Klassen is taking his audience on a thrilling journey about a bear who just wants his hat back.

The book, quite aptly titled I Want My Hat Back, was Klassen’s first as both author and illustrator, and has his audience of school children both engaged and entertained – no easy feat.

“Often there are weird moments where you think that you’ve got a dramatic moment on your hands and they laugh anyway.

Klassen takes his young audience on a whirlwind tour through his career – they exclaim in awe when he tells them he worked on animated films such as Kung Fu Panda and Coraline, showing off some conception drawings from the popular movies, and they follow fervently as he explains how even the deftest touch can make a seemingly expressionless crab go from happy, to sad, to sneaky.

Klassen, who is in Sydney for the Sydney Writers Festival, has had an incredibly successful career ranging from film animation to designing film clips for mega-band U2, to finally illustrating and writing, where he feels most comfortable.

“I think it was kind of a process of elimination more than anything else,” Klassen explained.

“The animated movies are very high action, you’ve got to show everything – there are explosions and big sequences and things.

“Picture books are good at skipping right to the moment after the action – I thought ‘this is perfect, this is everything I’m interested in as far as story-telling goes’ – you don’t show the bear eating the rabbit, you show him sitting down afterwards, and that’s the interesting part to me.”

If I Want My Hat Back was the book that introduced Klassen to the author-illustrator world, the follow up, This Is Not My Hat, was the book that lifted his status among children’s writers, spending over 40 weeks in the New York Times Bestseller list as well as winning both the Caldecott Medal (US) and Kate Greenaway Medal (UK), the first children’s author to do so.

Already an acclaimed illustrator prior to authoring his own, having illustrated a number of books from highly acclaimed authors such as Lemony Snicket, Mac Barnett and Ted Kooser, Klassen said approaching drawing for his own work is very different than it is illustrating for someone else’s.

“The problems of the story are solved for you [when illustrating for another author], so you’re basically figuring out what information the illustrations require you to communicate,” he said.

“It’s a much different thing, but it teaches you a lot. You can get very personal with it. I think a lot of people think that illustrating for other people’s work is basically exercise, but you can get very involved personally with it if you find those footholds inside the stories.”

Klassen’s use of colour – both for his own books, and those he has illustrated for others – is distinctive without being outlandish. His restrained browns, deep purples and dark greens are in contrast to what you might see in some other children’s books, which can use brighter, more eye-catching colour.

“I like to balance darks and lights off each other – I know what I’m doing there – but I don’t really know the jobs of cools and darks and how to blend them. I know what I want when I see it, but I don’t know how to engineer it, so I think the result is that everything gets subdued,” he said.

“I think if the colours were too juicy and too bright, it would give a cheery look to a book that isn’t necessarily cheery, and I think if you design the books as a bit more subdued, the reader is expecting a bit of an edge.

“If the pictures are a little bit pushed back colour-wise they might expect something a little darker – it helps you along with the story-telling.”

Growing up in Canada and reading the works of Arnold Lobel and P. D. Eastman, Klassen clearly looked deeper than many into what could be perceived as simple children’s books.

“P. D. Eastman did very young, young books, but he was doing really weird experimental sort of storytelling structures. Even though it’s just like ‘blue dog, red dog’, whatever it is, you finish the book and you’re like ‘that felt like a whole story, but I have no idea what just happened – how did he do that?’” he explained.

“It’s this magic that some of these guys have that I still sort of look to, and it’s really inspiring.”

After finishing his degree in animation in Canada, Klassen moved to the US where he landed a job with leading animation company Dreamworks, and, since marrying a native Californian, has settled in Los Angeles. He says spending so much time living outside of his home country actually draws him closer to it.

“I think if anything it strengthens your identity as a Canadian, being that far from home for so long,” he said.

“Being in California, you almost feel like a parody of a Canadian after a while. A lot of my work that I do on my own is reminiscent of Canadian landscapes and what it feels like up there, and I go home and just relish it really strong now, because you feel guilty for being gone, but you just miss it too. It reminds you of all the things that are special about the place you grew up in that weren’t necessarily that distinct when you were there.”

Klassen makes sure he visits home at least 2-3 times per year, as well as touring his books through as often as possible.

“As much as the books can get attention in other countries, if you go home and they get attention there, that means the most,” he said.

“I miss it a lot – as far as the landscape, and what it’s done for me culturally; it’s a big touchstone. A lot of my books I hope feel Canadian – whatever that is supposed to mean – but you hope it bleeds through.”

After running his workshops at the Sydney Writers Festival which runs May 16-22, Klassen takes his promotional tour to Melbourne and then Auckland. His next book, We Found a Hat, will be released in October.

You can find some examples of Jon Klassen’s work on his Tumblr. He is also on Twitter @burstofbeaden

The Consulate-General of Canada Sydney is a proud sponsor of the Sydney Writers Festival.