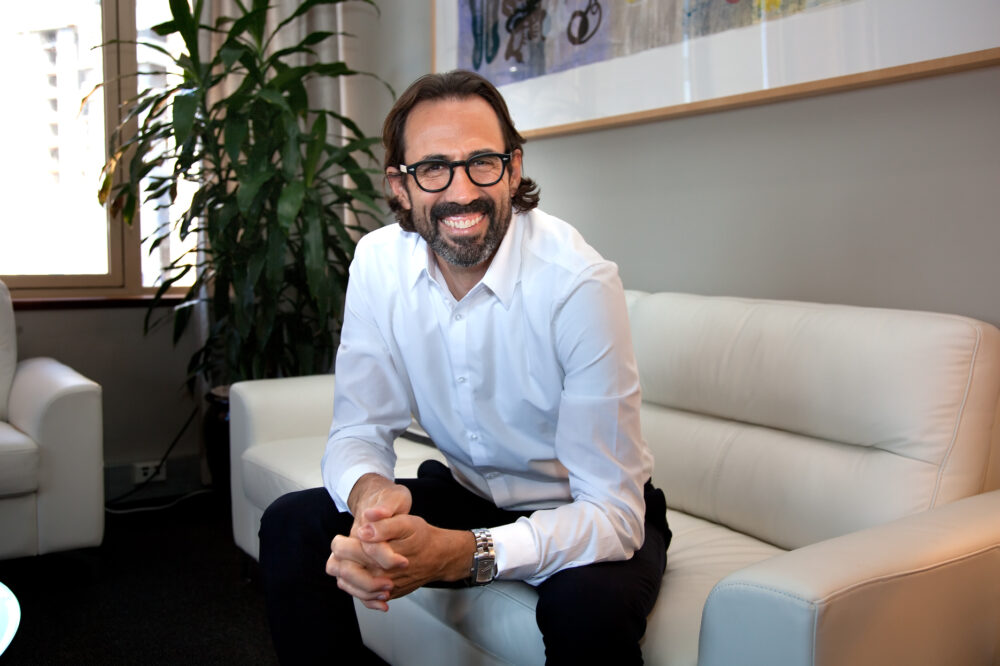 Departing your home country for another in the midst of a global pandemic wouldn’t be easy for anyone, but that’s exactly what André François Giroux has done with his family to take up the position of Consul General for Canada in Sydney.

Leaving Ottawa with his wife and three teenage girls, Giroux comes to Sydney in what has been a trying year on a global scale, but a particularly traumatic one for Australia coming out of the horror summer bushfires into the COVID-19 crisis. He told Canada Down Under that the effects of 2020 will need to be a focus for his early work at the Consulate.

“The COVID situation is of course something that we all are experiencing around the world, but it is true, I think Australia has had a hard year, there is definitely fatigue in the system,” he said.

“Mental health has definitely been a focus of our government over the last year, but I think now is when it actually becomes real – walking the talk, being true to our values and proving it’s not just words. We have this opportunity to resource ourselves, come back as a team, review our priorities and get a good sense of what we want to achieve.”

Bringing with him a wealth of experience around the globe, including time as Canada’s Ambassador to Denmark, participating in NAFTA negotiations and at the UN, Giroux says the opportunities that have come his way through the foreign service have been beyond his imagination.

“I joined foreign affairs with this image, with the idea I’d love to be a diplomat, I’d love to work abroad; you’re sort of chasing an idea, and the reality has been better than my wildest dreams, and for that reason I feel so fortunate and lucky,” he said.

“Having had a chance to serve at our multilateral mission to the UN was an amazing experience. I remember being there as a young diplomat – I arrived in New York a year and a few months after I graduated from university – and here I am on the ground representing Canada, and thinking this is like a dream.”

Having worked in trade for Canada at the highest level, Giroux expects that to be a vital component of his time in Australia in a world where the global markets are seeing increased volatility and restriction.

“NAFTA was a wonderful experience at a critical time in our trade policy agenda.  We were wrapping up a few important trade negotiations, the conclusion of our agreement with Europe, the CPTPP, which Australia is also part of, and also launching new negotiations,” he explained.

“A lot of countries are becoming more protectionist, and Canada like Australia is very dependent on trade. It’s in our interest that there is an open, rule-based trading system. Free trade is organised trade – it’s predictable trade, which gives you access to markets but it’s not the free-for-all wild west, it’s designed to provide predictability which is so important for investment and stability.”

Uprooting a family is always challenging, but Giroux says the fact that the final destination was Australia helped smooth any issues over quickly.

“I have three teenagers, one is an adult now, so my wife felt very strongly that they needed to be in the loop before we even agreed to come to Australia – it should be a family decision. We knew Sydney would bring a positive family consensus, so the risks where not big there,” he laughed.

“Sydney has so much to offer, but of course I know there’s more to Australia than Sydney. I feel like a kid who finally has a chance to do it all!”

Outdoor activities are high on the new Consul General’s agenda, with the chance to finally live out a life-long dream.

“Scuba diving is something my wife and I did when we were dating, and our honeymoon was in one of the best scuba diving destinations in the world, the Cayman Islands, but I know the best destination in the world is a few hours north from here,” he said.

“It’s always been a dream to go to the Great Barrier Reef, and see what’s out there. Surfing is the one that scares me the most though, because I know it’s hard, but I’m told you’re never too old to test it out. I want to take on sailing – I’m eager to test out the open water and winds.”

With summer approaching, there will be opportunities aplenty – amongst securing trade deals and furthering Canada’s interests in Australia – to enjoy Sydney and Australia’s spectacular natural features, but in all Giroux is simply excited to begin his new role.