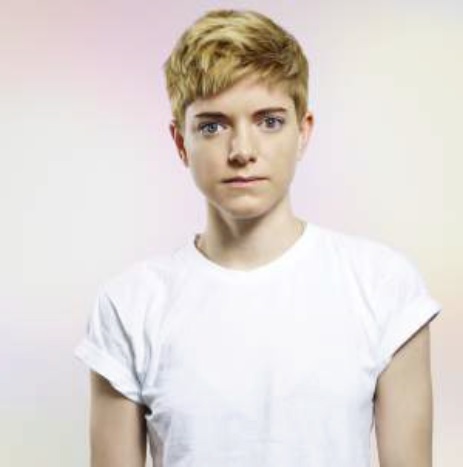 Canadian comic Mae Martin isn’t shy about putting all of herself on display in her show ‘Us’, which she’s performing at the Melbourne International Comedy Festival until April 17.

The show, an introspective look at sexuality, labels, family and love, provides a thought-provoking and very funny window into the modern day world. Martin takes the audience through her experiences with dating as well as the expectations she felt from family and friends.

Martin says that having now done comedy since she was 13, she’s reached a place on stage where she feels comfortable discussing what most would consider her private life openly.

“I’ve been doing it 15 years now, but it’s definitely only been in maybe the past four or five years that I’ve become more confessional and personal – it took me a while to get to that point,” she said.

“My favourite type of comedy is always the personal stuff; I think the more personal it is the funnier it is, and the weirder stuff that you reveal about yourself the more you find people relate to it and that actually it’s totally not that weird.’

Part of revealing a lot about your own life and experiences relies on revealing the experiences and stories of family members. Having grown up in what she calls a “hippie environment”, Martin says that while her family have always been incredibly open and understanding – that comes with a catch.

“I don’t let them come and see me live, and they don’t really want to – they get too nervous,” she said.

“My mum is always worried someone’s going to heckle me and she’ll have to kill them.”

“My brother’s come to see me live – I tell kind of a compromising story about him when he was a toddler and he was a little bit stressed about that, but they’re all really great about it,” she continued.

“I think for all comics, your childhood and your family becomes grist for the mill, that’s how it has to go.”

Martin, who has been living in London for a number of years, thinks her Canadian humour translates well in Australia.

“I think both Canada and Australia, because of our British roots, have a similar sensibility to England,” she said.

“There’s more of a self-deprecating vibe – less aggressive maybe and more about making fun of yourself than making fun of others – that’s been my experience and I think it really translates very well.”

And having lived away from Canada for some time, Martin gained a sense of how Canadian comics – and Canadian people in general – were perceived overseas, and how that perception is changing. She said Canada is now being seen as somewhere performers will gravitate to.

“One of the reasons I left Canada was because there was just no funding for the arts, it was drying up,” she said.

“But now there’s been a big injection back into the arts, and now it seems like a pretty appealing place to be – it is tempting to canoe back over to Canada sometimes.”

With Melbourne being her only stop in Australia on this tour, Martin has some pretty simple plans for the stay.

“I’m seeing tons of shows, some Australian comics and British people and Americans, I’m just trying to immerse myself in the festival,” she said.

Mae Martin is performing at the Melbourne International Comedy Festival until April 17 in the Melbourne Town Hall Cloak Room. You can find her on Twitter @TheMaeMartin