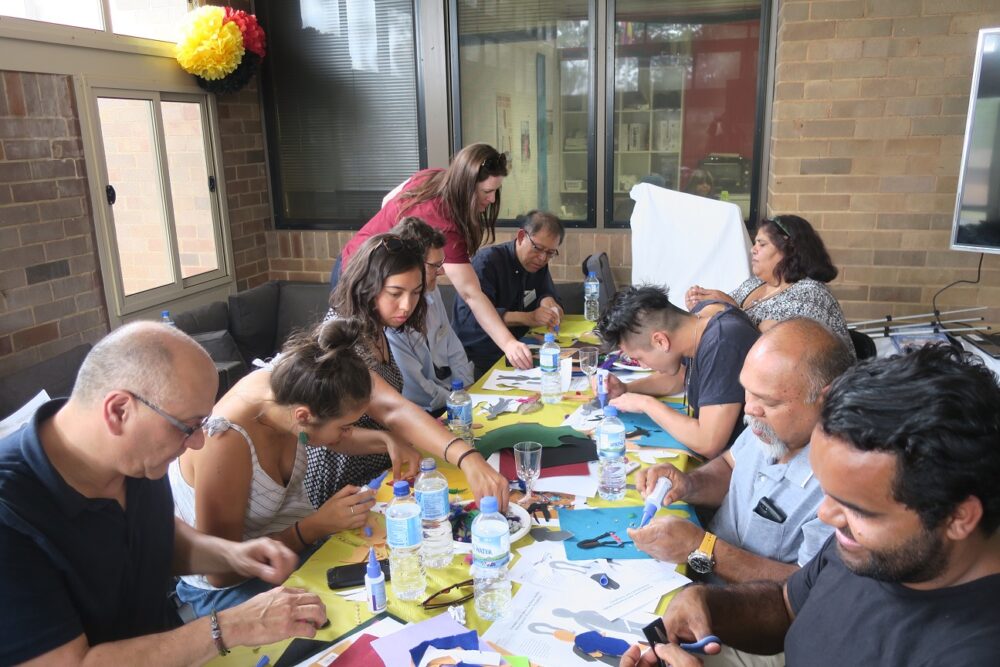 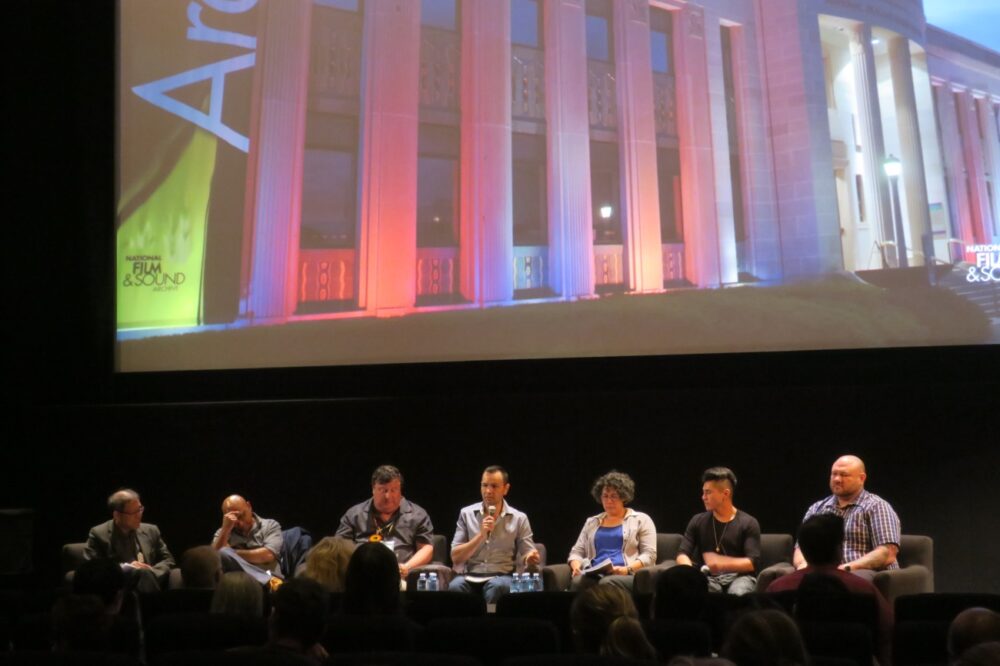 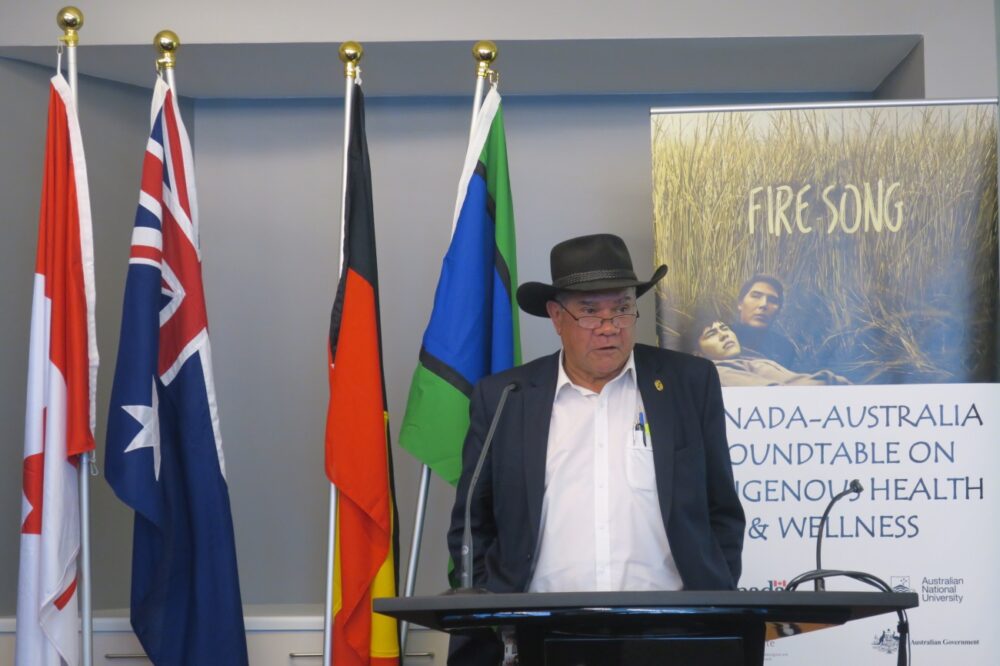 The Canada-Australia Roundtable on Indigenous Health & Wellness in Canberra brought together experts to forge relationships, deeper understanding and develop potential collaboration between both nations.

Organised by the High Commission of Canada, the event, which ran from December 11th – 13th, encompassed a number of issues facing Indigenous communities in both Canada and Australia, including health services, mental health, data sovereignty and youth engagement amongst many others, as well as a screening of Canadian First Nations film Fire Song.

“We tried to steer it and plan the agenda in a way so it was going to be something meaningful – I think part of that just relies on the quality of people who come, and what they bring, but it is also partly about the framing of the discussion, so that we didn’t spend a day and a half talking about problems, and rather looked at the practical steps,” Gregory Phillips, CEO of ABSTARR Consulting and Associate Professor and Research Fellow at The Baker IDI Heart and Diabetes Institute, said.

“I think the roundtable came out with some very clear joint projects in practical terms, and also some very clear broader strategic direction that the two countries can continue to work on and learn from each other about. Data sovereignty, Indigenous models of measurement, having another look at the policy mechanisms that allow self-determination, how Indigenous governments partner with public health systems to get good outcomes, youth engagement and leadership.”

Phillips, an Indigenous Australian from the Waanyi and Jaru peoples, came into the Roundtable having had the opportunity to work both in Australia and Canada, which has given him the chance to reflect on the similarities between the Australian and Canadian Indigenous communities.

“Part of my Masters research was with First Nations communities in B.C., Alberta and national organisations in Ottawa around addiction, post-traumatic stress and healing,” he said.

“There are lots of similarities there in terms of both the history of colonisation and its impact, but more importantly lots of similarities with certain cultural values – linkages with earth, relationships with each other, sustainability, respect and love in family values – there’s certain values that I think are almost exactly the same across the oceans.”

Throughout the Roundtable, a particular focus for attendees was the importance of invigorating young Indigenous people – including them in the discussion and allowing them to shape the future of their communities. Phillips said there needs to be a focus on teaching the youth of today what has driven Indigenous communities of the past to be successful and resilient.

“Underneath all that pain and sadness there are still cultural models and values and governance systems that we can renew – it’s not establish or create because they’ve always been there, but let’s renew them, and bring them back strongly,” he said.

“From there we’ll get the seeds of how young people’s vision and leadership will help us change not only Aboriginal family structures and communities, but the broader society.”

Dr Michael Hart, Associate Professor and Canadian Research Chair in Indigenous Knowledges and Social Work at the University of Manitoba, agreed that a focus on teaching young Indigenous people traditional knowledge was vital in ensuring they had a sense of identity.

“They continue to face the same challenges we have, albeit in a different way and we need more people from my generation and older to be able to help them make those links between our historical ties with our ancestors, our culture, our values, because right now they’re forced to navigate the larger society without necessarily having all those supports in place,” he said.

“There’s so many [young Indigenous people in Canada], and they have a particularly unique voice because they haven’t faced residential school for example, whereas my family members, my peers, some of them have – I have not – but I have it all around me, so they have a different experience in terms of the colonial dynamic and we need to hear from them about their experiences and what they’re facing.”

Some of the issues faced by young Indigenous people are the same as non-Indigenous, but combined with the weight of other issues can be overwhelming.

Dameyon Bonson, a Mangarayi and Torres Strait Islander male, is a Kimberley based consultant and expert advisor in the prevention of Indigenous LGBTQI suicide. He says that there needs to be a greater focus on LGBTQI youth policy.

“Like racism, homophobia is a determinant of health, and known factor in suicide for LGBTI people. And like racism we know homophobia presents itself in a number of ways that can be quite overt or simply within structures,” he said.

“However, things are changing and the more people are aware of [LGBTQI Indigenous people] and that our issues, or least how they are responded to, need us at the table.”

The Roundtable was an opportunity for experts across both nations to collaborate on future projects that could benefit both countries, as well as gain valuable information on services provided to communities, and how to ensure Indigenous people are playing a role in their development.

“Right now, we are in a very exciting era where we want to build nation to nation relationships with Indigenous communities – we work with the motto ‘nothing about us, without us’, from the voice of Indigenous peoples, and so we’re very privileged to be part of that in order to help, enable and improve the health status of Indigenous people,” said Dr Tom Wong, Chief Medical Officer of Public Health and Executive Director of Population and Public Health – First Nations and Inuit Branch at Health Canada.

“We want to enable hope, meaning, purpose, belonging to communities, belonging to families, belonging to culture – working with the communities and other partners, including other government departments in the provinces and territories and in this context we are very interested to work with Australia because we share some of the challenges and opportunities,” he continued.

“I’d like very much to learn from Australian colleagues and Australian community members to see whether there are things that we can work together on, where we can learn from each other.”

Dr Wong said that while there are some clear similarities between the Australian and Canadian Indigenous communities, there were also some differences, particularly relating to environment.

“In Canada we have half of our First Nations communities living on reserves, with many of those communities in remote areas, the percentage of [Australian] Indigenous communities that are very remote is much less and also there’s less of a climate issue,” he said.

“A lot of our communities in Canada, unfortunately don’t have all-season road access, some of them are fly-in communities, and so from a delivery of public health and clinical services it’s an added challenge.”

With those differences, however, come opportunities in developing technologies and educational resources that could benefit both nations.

“There are opportunities in trying to promote, encourage, and enable young people to develop their career in health and social service sectors to enable better health for communities,” he said.

“We’re also interested in looking at using new technologies, like some kind of telemedicine and telerobotics in order to provide remote presence, so that in places where currently there’s not enough presence of health or community workers in the community perhaps one of the ways is that we can have some of those services provided remotely through telecommunications.”

Dr Jeff Reading has had the opportunity to look at the similarities between the two communities first hand. Now the Professor of Health Sciences as Simon Fraser University in British Columbia, and First Nations Health Authority Chair in Heart Health and Wellness at St Paul’s Hospital, he spent a year in Australia, with time in both Alice Springs and Melbourne, working in Global Indigenous Health. He agrees that focussing resources toward youth empowerment is key.

“If you’re looking to improve wellbeing, avoid illness downstream in life, and avoid the cost associated with all those things, you want to start early and get a bigger bang for your buck, so the notion of optimising trajectories and improving health and wellbeing, it has consequences for individuals – they get to lead more fulfilling lives, and also has consequences for the health care system,” he said.

“When people are active participants raising their families, paying their taxes, they’re happier and society’s happier, so those are the kinds of goals we’re looking for and we can’t do it without the perspectives of Indigenous youth, otherwise we’ll just go down a track that might make sense to us, but is not even going to get to first base with kids.”

Dr Reading said with the high calibre of people in attendance, the Roundtable was able to collaborate and reach high levels of conversation quickly.

“These meetings are always really great because the people have lots of advanced knowledge about Indigenous health, so there’s a lot of things that don’t have to be explained,” he said.

“We got to the point of being really creative about the intersection of ideas and making innovation come about immediately, so that was really good.”

“I think with the calibre of the people who were in the room, we were able to attract some very passionate, experienced experts in Indigenous health issues from across Canada and across Australia and we were able to set a tone in the room of honest, open, respect-based, trust-based sharing, so we didn’t hold any punches back,” he said.

“It wasn’t just talking about deficits in Indigenous communities, it was about solutions, it was about celebrating some of the great things that are going on, the leadership that’s there now, and how we need to be better at sharing those stories and inspiring the non-Indigenous leadership in both of our countries so that we can make progress towards more contemporary power sharing arrangements, and really get serious about providing the resources that local communities need to develop their own Indigenous-delivered health community solutions.”

High Commissioner Maddison said invigorating young people was vital in ensuring a bright and healthy future for the Indigenous communities in Australia and Canada.

“We’re focussing on setting the young generation up for success,” he said.

“We want to set them up for success so that they can be the inspiration and the leaders of new modalities that will inspire and provide security and happiness and good health in the communities so that their children will emerge into a much more stable environment without racism, without deficit, where they can fully express their identities as Indigenous people in a modern world.”