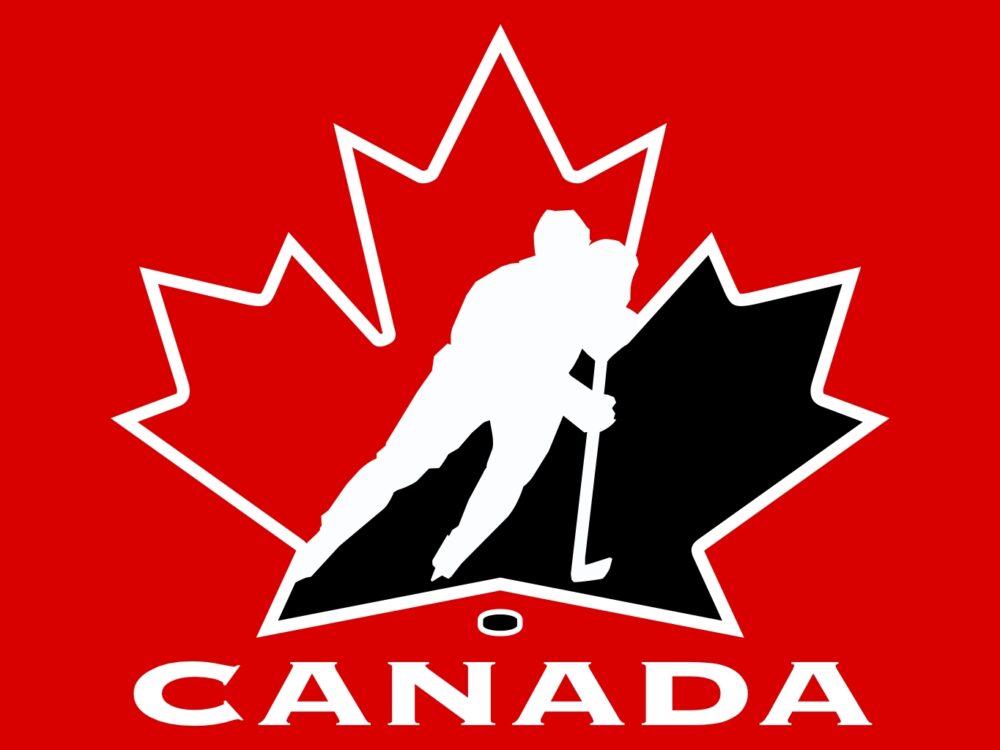 It seems entirely fitting for Canada to be celebrating such a significant event in 2017, its 150th anniversary of confederation, with a similarly important milestone for its national pastime.

This year celebrates 100 years of the National Hockey League, and 125 years of the Stanley Cup, and no one could argue the significance of what hockey has meant to Canada over that time and beyond.

In what has become an annual spectacle, the StopConcussions Foundation, in association with Brain Injury Australia, brought Team Canada and Team USA down under to give sports-mad Australians a taste of one of the greatest rivalries in sport.

This year, games were played in Melbourne and Sydney, including some integration with the growing Australian Ice Hockey League for showcase events, as well as junior participation and fundraising for the important causes.

Founder of StopConcussions and former professional hockey player Kerry Goulet, who has been the driving force behind bringing the games to Australia, says it was an opportunity for Australians to experience a game that could be new to them and admire some extraordinary talented athletes.

“I think what you see is it’s a sport that passionate – blood, sweat and tears – all done on blades of steel, guys moving at 30km an hour with a skill level that’s beyond any other athlete when you think about it,” he said.

“It’s about taking those abilities – pass, shoot, hit – all into a motion with a pair of steel blades, I think that’s what makes it intriguing to people and in Canada we have the weather, the temperament, the infrastructure – Toronto has 300 indoor rinks, in Melbourne you’ve got two.”

That lack of infrastructure in Australian arenas capable of hosting the massive crowds drawn to the games has been logistically challenging for the organisers, with expectations from players and crowds alike that the conditions be conducive for world-class hockey.

“It takes six containers of equipment to come both from Holland, who make some of the best ice, and out of North America comes the Zamboni and the actual rink itself – that takes four weeks to cross the ocean,” Goulet explained.

“Once it gets here it takes a crew of twenty to put it together, takes three days, 80,000 litres of water and a massive logistical team to make sure it’s ready so that these pro-athletes can come and entertain the crowds.

“We also realise the ice has to be at a standard that they’re capable of playing and safe, so that’s why I think it is remarkable that we transform a typical concert hall into an ice rink that you would see at Madison Square Garden or the Air Canada Centre in Toronto, it’s an amazing thing.”

Along with showcasing the sport, the purpose of the tour is to draw attention to an issue that has been gaining widespread attention and research globally in recent years – concussion in sport.

Goulet says it’s important that players start to consider the ramifications of injuries while they’re playing, rather than just after they’ve retired, when the damage is likely already done. He aims to educate players and officials about removing some of the bravado that comes with professional sport in order to protect its greatest assets.

“Back when I was playing in 1980 I had a chance to go to Germany and play as a pro-player – you always wanted to continue to play, it was ingrained in us to play through the pain, suck it up, win at all costs, and that was one of the reasons why players sustain concussions, because they continue playing on through it,” he said.

“That’s what happened to me, and I realised we had to do something about it, so after my playing career was done, I knew that we had to educate ourselves to protect ourselves from ourselves, and that’s basically how StopConcussions was formed.”

Canadian-born Scott Hannan played over a thousand NHL games, predominantly with the San Jose Sharks, and took the captaincy of Team USA for the exhibition series, says the rise in coverage and research into concussion is being noticed by professional players, but needed to be taken into consideration by parents and coaches at younger levels.

“It wasn’t something that was thought about much in my younger career, you wanted to get back out there on the ice, but I think with the awareness that these types of things bring to that, now being a father and having two young kids, it does worry you,” he said.

“You look at what has happened some of the players that have retired and you see the pain some families are in due to it, so any type of awareness, especially through youth hockey and getting parents aware – I think when we were growing up, you get a ding to the head and it was just ‘hey toughen it up and get back out there’, now we know this is a serious situation that can affect you long term, and any type of awareness is important.”

Stanley Cup-winner with the Carolina Hurricanes and captain of Team Canada, Mike Commodore, agreed that concussions were only something he began to think about after his career.

“I wouldn’t say I thought about it a whole lot when I was playing, but now that I’m retired and with the NFL and the coverage that has got, it has a trickle-down effect. You hear stories about guys having a hard time, now that I’m done playing I guess I think about it more,” he said.

“I was fortunate, I never got a concussion, so I should be good that way but it’s definitely scary, guys struggle when they’re done, some struggle more than others, and there definitely needs to be awareness raised.”

Named one of the 100 greatest NHL players of all-time, Daryl Sittler joined the tour as coach of Team Canada, and says he played in a different time, with player protection improving in the modern era through better equipment.

“I played 15 [NHL seasons], seven of them I didn’t wear a helmet, then I saw someone get hurt fairly badly and I had a couple of kids at the time, and I thought maybe I should put one on to protect myself,” he said.

“The game’s fast, the equipment’s very hard, and you’re in a confined area – concussions happen, you try to protect yourself as much as you can with the best hockey equipment, the best helmets you can wear, and even now, most players wear the visors to protect their eyes, back when I played nobody wore a visor.”

Both Commodore and Hannan joined the Ice Hockey Challenge in Australia having already retired from their professional careers in North America having reached great heights including representing Canada, but the opportunity to come to Australia to grow the game and support StopConcussions and Brain Injury Australia was enough to bring them back to the ice.

“I think it’s extremely important, with how much joy the game has given me and my family,” Hannan said of developing the game.

“Growing up with it, I think any time you can show another country, another people that type of game and see how much joy they see in it, I mean we’ve seen that since we’ve been here, the two games we’ve played, the joy that it’s brought to the fans, seeing how excited they get with it, it gets us pretty excited too.”

Commodore has a history of working with charity throughout his career, including shaving his hair in support of the Jimmy V Foundation for cancer research after the Hurricanes finals campaigns, and agreed it was important to give back beyond simply playing the game.

“Once I kind of established myself in the NHL in Carolina and Columbus, I tried to do something, whether it was stuff for cancer – in Columbus I did some stuff for autism,” he said.

“It took a lot of hard work to get where I got, but at the same time you have to be very fortunate also – there’s a lot of luck that goes into it so if you have the opportunity to give back I think that’s important.”

Being able to attract high-level hockey names to Australia, like Commodore, Hannan, Sittler and Team USA coach (but Canadian-born) Dave “Tiger” Williams”, has helped draw both Australians new to the sport, but also Canadian and American expats who have been missing the game at the highest level during their time in Australia.

“I think for the people in Australia sometimes because you’re not close to the game [at the highest level], you watch it on TV, you kind of forget some of those former stars,” Goulet said.

“This year we were honoured to have Darryl Sittler, one of the top 100 players of all time in the National Hockey League, also scored a dramatic goal for Canada in 1976, he put his hand up, and then we had Dave “Tiger” Williams, one of the all-time characters of the National Hockey League, 3966 penalty minutes, tough, rough, but an ambassador of the sport and Canada.”

And it hasn’t just been former stars who have been attracted to the Australian tour. Over the past few years, some of the players have gone on to be some of the NHL’s biggest names.

“We’ve had some had some pretty big stars; Brent Burns was here, just named Norris Trophy winner for this year, Ben Scrivins last year, and of course Scott Darling,” he said.

“It’s growing, guys are understanding the experience in Australia, and of course we’re playing in front of thousands of enthusiastic ice hockey fans.”

Sittler hopes the enthusiasm that’s seen in the crowds will translate into more young people adopting the game – because once they start they won’t be able to give it up.

“Obviously Australia is a country that is very sports minded with footy, soccer, rugby and all the other sports you play, so hockey has been slow growing because of that,” he said.

“But any kid that plays hockey, it’s a fun sport, once you start, you love the game and you’ve got beautiful facilities here, so hopefully the game will continue to grow.”

The opportunity to come to Australia for the first time to share the game that he loves in such a significant year for his country and the sport that means so much to that country was  clearly important to him.

“In Canada, most kids when they grow up, they want to be a hockey player, most parents their social life in the winter time is taking their kids to the rink, following their kids around,” he said.