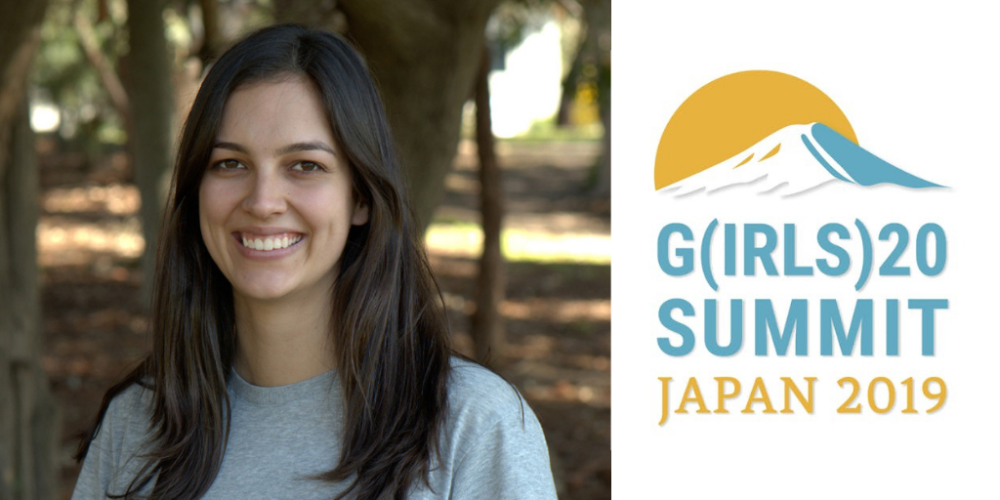 Canadian social enterprise Girls20 is celebrating ten years of putting young women at the centre of decision- making by bringing delegates from more than twenty countries to its annual Global Summit in Tokyo, Japan this May.

This year, University of Western Australia Honours student and Mosman Park Councillor, Georgie Carey has been selected to represent Australia at the Global Summit for a week of leadership training, social enterprise development and mentoring by female leaders in the business and public sectors.

Carey is thrilled to be representing Australia at an international level, however told Canada Down Under she had her doubts about applying for the program.

“I thought the Global Summit looked incredible but I didn’t really think about applying because I would never be chosen for something like that,” she explained.

As part of the Global Summit, Carey will prepare a communiqué alongside her fellow delegates, to be presented to Ambassador Koji Tomita, Japan’s G20 Sherpa, for inclusion at the G20 Forum in Osaka in June. Carey has been placed in the working group looking at women in entrepreneurship which she describes as “a real passion area” for her.

“It’s really been a privilege to look into this area more deeply and look at some of the research and some of the stats behind female entrepreneurship and see what’s actually going on,” she said.

“I have enjoyed breaking that down to see what barriers exist for young women from furthering their entrepreneurial ambitions as well as looking at what are some of the solutions to the issues that we’ve found.”

While the experience has shed light on some shocking realities in the struggle for gender equality in female entrepreneurship, it has only strengthened her resolve to campaign for change when she returns to Australia. Following the Summit, Carey says that she wants to “provide a local solution to global problem” by using crowdfunding platforms to help young women fund their projects.

“We know that traditional sources of funding for entrepreneurial ventures are often skewed towards men due to some of the unconscious biases in the system. But crowdfunding offers a really democratic way to get little bits of money from a lot of people to support grassroots initiatives and that’s what really excites me,” she explained.

“I am pretty keen to help young women launch projects that they otherwise wouldn’t be able to due to lack of funding and financial assistance.”

Not only is Carey passionate about female entrepreneurship, she also wants to empower young people to get involved in decision-making at a local, national and international level.

“I’m a really big believer that the decisions that are being made today are going to affect us tomorrow so young people really need to be helping to make those decisions,” she said.

“We are going to be the ones impacted by them and especially young women in the world who are highly underrepresented in positions of decision-making”.

While she is yet to reach the summit, Carey said that the Girls20 program has been “a really fulfilling experience and a really good way to shed light on some really important issues”. However, she said she is now more motivated than ever to “get stuff done and change things”.