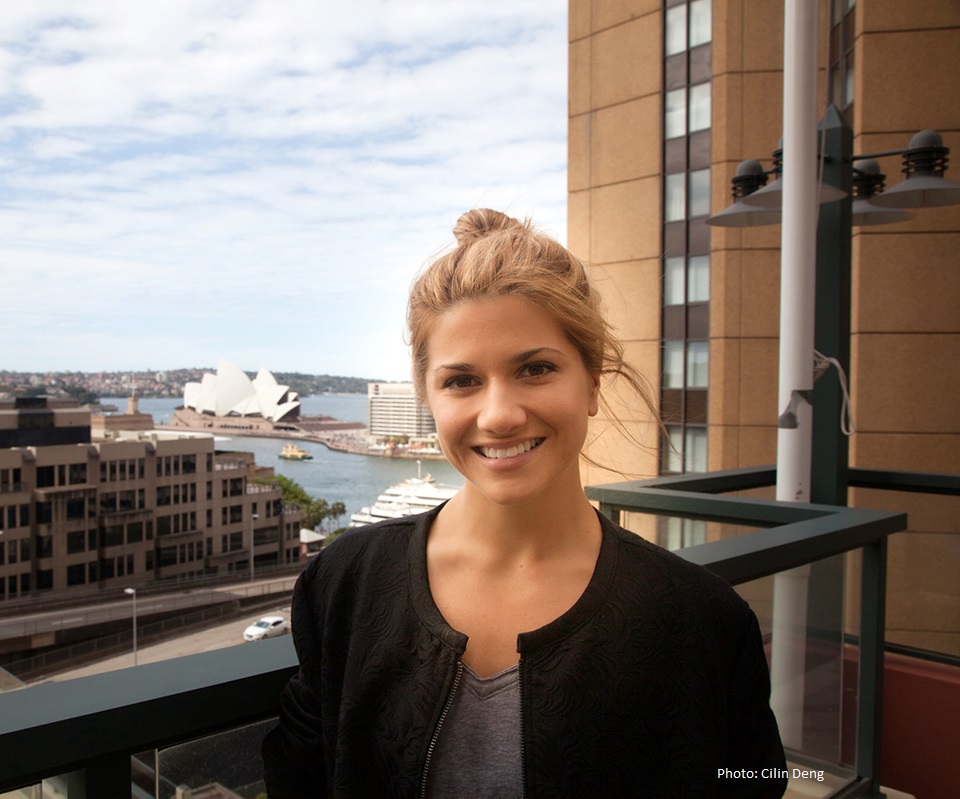 When Elise Bauman first walked into her audition for Carmilla, a low-budget Canadian web series based on the developing relationship of two same-sex college roommates, she couldn’t possibly have anticipated the explosion that was to come.

“I auditioned for [Carmilla] just like any regular project, and didn’t quite know what I was getting myself into when I was cast,” Bauman said.

“There’s so many web series out there, and you either build an audience or you don’t, and they kind of die off, but luckily Carmilla really flew off the ground, and we just finished filming our third season of it.”

Bauman, who has amassed a large and passionate social media following thanks to the success of the web series, is in Australia to promote her new film Almost Adults, a coming out and coming of age film which is featuring at the Queerscreen Film Festival in Sydney.

The film, which has received rave reviews, was funded by a Kickstarter campaign, receiving enormous backing from the public, particularly the LGBTQ+ community, and securing more than double the original $40,000 the filmmakers were hoping for. Bauman said that support meant going into filming with confidence.

“One of the risks of making an independent film is you don’t know if there’s going to be an audience for it, you don’t know if it’s going to land somewhere. But knowing that we already had the support of so many people before we even started making the film – that’s so special, that doesn’t happen very often,” she said.

“The LGBTQ+ community is still underrepresented in mainstream media, and I think that is starting to shift – which is really wonderful – but people are still craving content, craving seeing themselves on screen, and so it meant a lot that we could make a film that people appreciate it and want to see.”

“Natasha and I have been working so closely together for a few years now, and right from the time we had our callback together and we did a chemistry read there was clearly already such a dynamic between the two of us,” she said.

“We really slipped seamlessly into this new friendship dynamic, and it was fun because we got to explore something that we don’t get to explore in Carmilla and work together in a different way , and I think that building that friendship that we found in Almost Adults, we brought that over then to Carmilla, so it’s been fun to play around in a different way.”

With the response to both the web series and film being so positive, Bauman says having a stronger presence from LGBTQ+ representatives in the media is an important step towards equality. Also important has been strong political leadership, including Prime Minister Justin Trudeau marching at both Toronto and Montreal Pride events.

“It’s so important to have people like our Prime Minister stand in solidarity – it’s something that has been so swept under the rug for so long and finally be able to celebrate it in such an open way is really fantastic,” she said.

“Things are shifting so dramatically in Canada which is fantastic, but it is important for me to remember that the rest of the world isn’t on that level yet.  It makes me so proud to be Canadian and so proud to be part of a country that is working tirelessly to be accepting and open, but there are still people that live with so much fear and so much hatred directed at them on a daily basis.”

While her one week trip to Sydney is only a whirlwind adventure, Bauman has already been impressed by the city.

“This is my first time in Australia, it’s so beautiful here. This city is just like an immaculately clean New York!” she laughed.

“There’s so much art everywhere, there’s so much beautiful architecture, there’s still old historic buildings around. One of my favourite things is to not really have a plan in a city, and just to walk around and find things – but I’m also really excited to see some films at Queerscreen.

The Consulate General of Canada, Sydney is a proud supporter of the Queersceen Film Festival, and that support has helped bring Elise Bauman to Sydney. You can find Elise on Twitter @Elise3aum