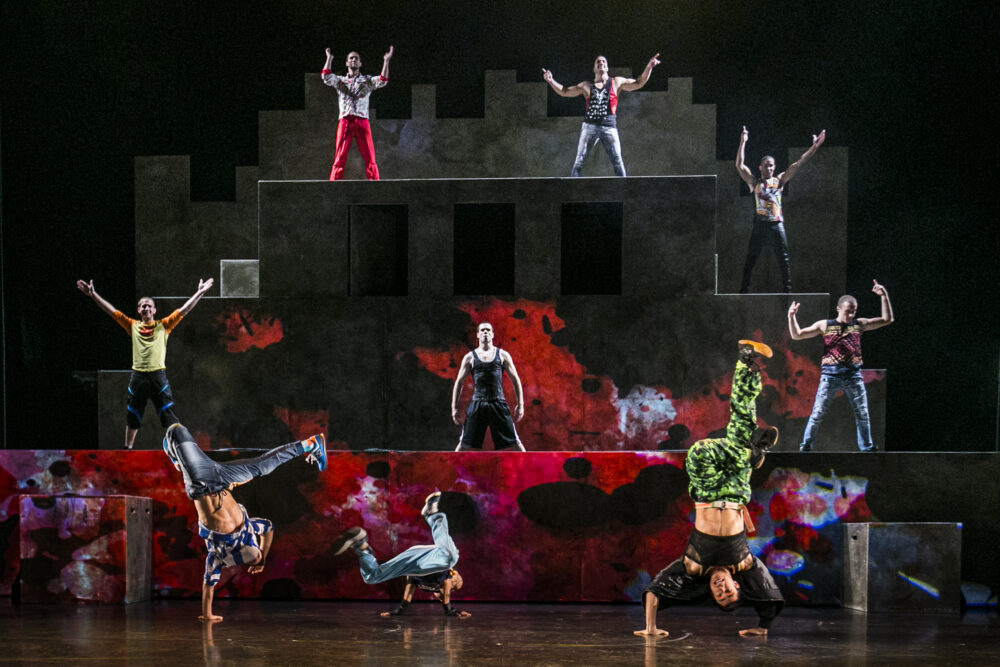 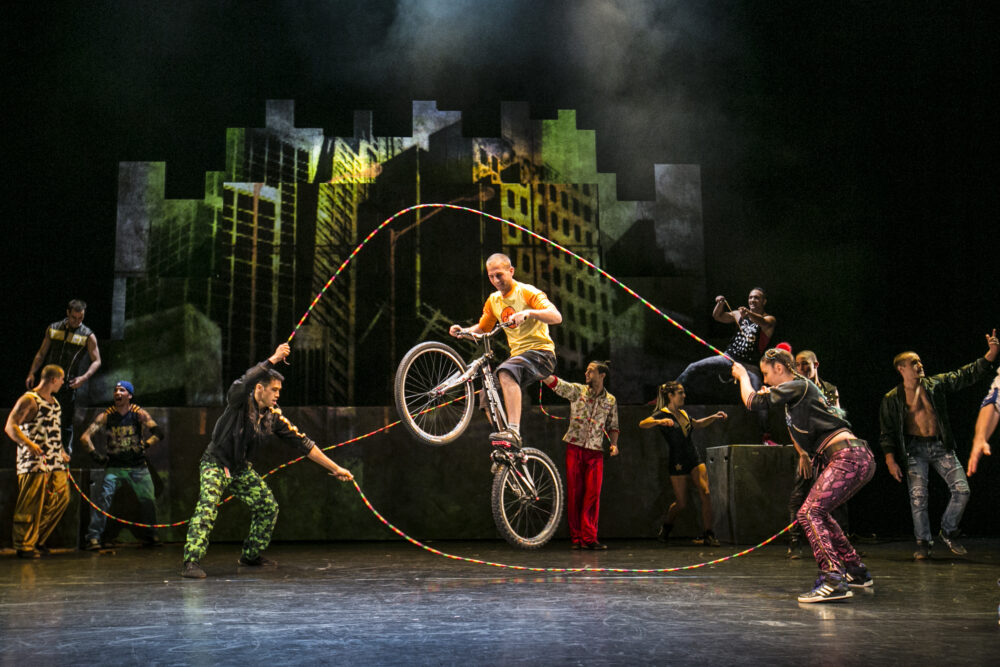 With Sydney Festival in full swing and events popping up right around the city, some of the most action-packed performances are taking place way out west, in Parramatta’s Circus City.

One of those performances is iD, a show from Montreal’s Cirque Éloize, which involves extraordinary acrobatics, athletic breakdancing, and death-defying antics, which has been wowing audiences throughout its run. It’s one of seven Canadian productions showcased at the festival in 2017

Jean-Philippe Deltell and Forty Nguyen are two of three Canadians in the cast, and both had a similar inspiration for joining the show – they saw it.

“Like many young boys, I took an interest in breakdancing – I saw it on the internet and I said ‘oh my god, that’s for me, I’ve gotta do that’, and for a long time circus and Cirque Éloize was not even on my radar,” Nguyen, whose athletic dancing skills stand-out throughout the show, said.

“Then I saw this show in Montreal, where I’m from – it was the iD show, and I saw this amazing act with a lot of breakdancing and hip-hop, and I thought it was the perfect niche for me, my dream job. I just thought of it as a fleeting fantasy, and years later here I am.”

With more of a traditional circus background, Deltell, was perhaps a more likely fit for the show.

“I started circus in Quebec City, there’s a circus school there and I went there as a kid,” he said.

“I saw the première of iD, they debuted in Montreal, and the first time I saw it I knew I wanted to do it.”

Deltell has been in the show for more than two years, and has a broad range of skills that are utilised – from juggling to trampowall acrobatics – and is one of the most featured and memorable members of the cast.

“That’s what’s good about the circus school, they teach you a lot of things,” he explained.

“You have the trampoline there, you have the juggling, they push you in so many ways and it makes you more of a generalist – for contemporary circus, it’s really useful.”

Watching the show, one can’t help but think about the training that has gone into the precise movements, interactions and transitions that make the fast-paced and thrilling show what it is. Incredibly, the training for the show itself is quite minimal – once you’ve proven yourself.

“A lot of the initial training happens before the show, throughout your circus education, so by the time you get out of school and training, you’re already prepared – Éloize sees your talent and they choose you, but then afterwards to learn a show sometimes it can be kind of quick,” Nguyen, who is now a five year veteran of the show, said.

“I had about one week. The first day is kind of rough!”

If you were searching the world for a hub for circus, you would look no further Quebec, which has become a breeding ground for circus arts.

“Cirque de Soleil was started in the province of Quebec, and that created a really big culture of circus and there’s more and more people that want to do it,” Deltell said.

“Just like kids want to play hockey or they want to play football, there’s a lot of demand, so circus schools grew all over the province – in Quebec it’s really easy to find a circus school and start your training.”

And as such, whenever the show tours around the world, the fact it is Canadian stands out prominently, and the cast members feel a certain responsibility that goes along with that.

“I feel like a diplomat wherever I go,” Nguyen laughed.

“The comments that we hear, all the good things from people here and everywhere in the world,” he said.

“Canada has such a good reputation so it’s really nice to hear.”

This is the first time that both Nguyen and Deltell have visited Australia and, while they don’t have a great deal of free time in between a busy schedule of shows, they had both had one thing they needed to see.

“Kangaroos!” they exclaimed, almost in unison.

After two weeks in Sydney, the iD cast returns home briefly before heading to New Zealand for performances in March.