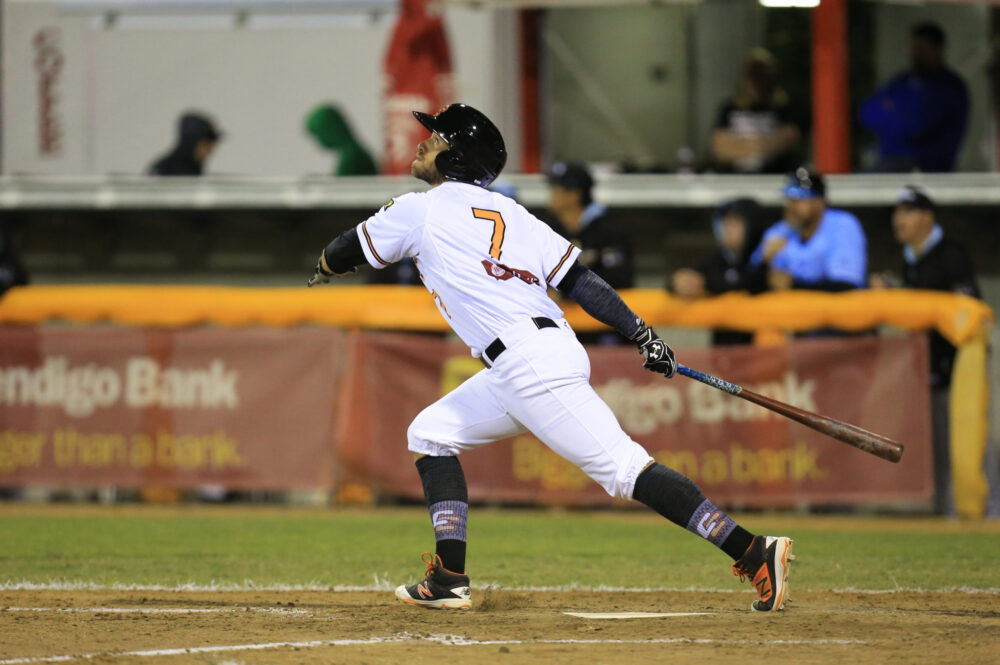 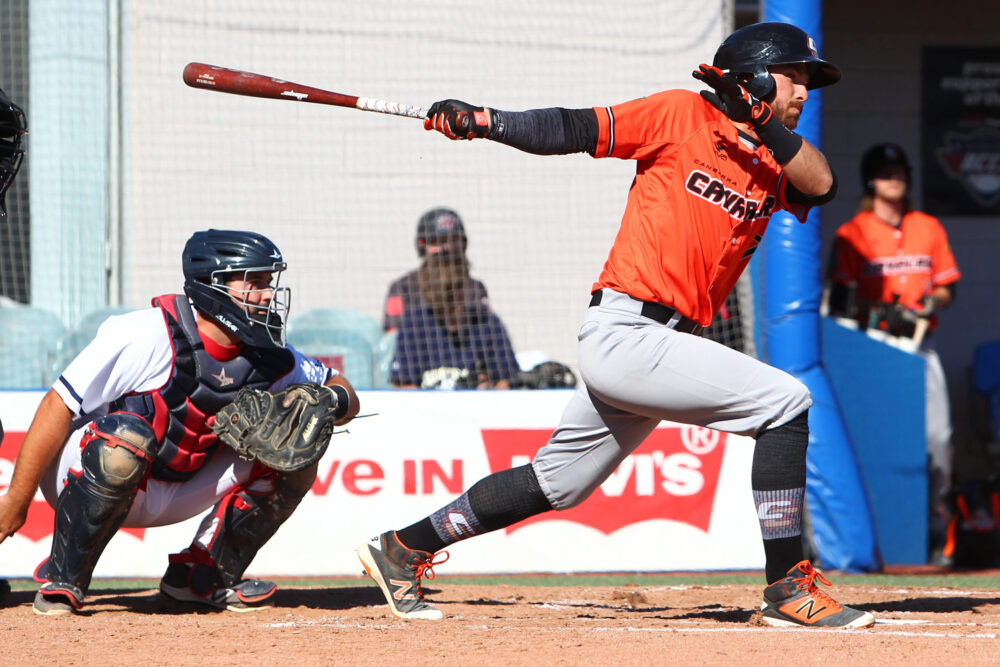 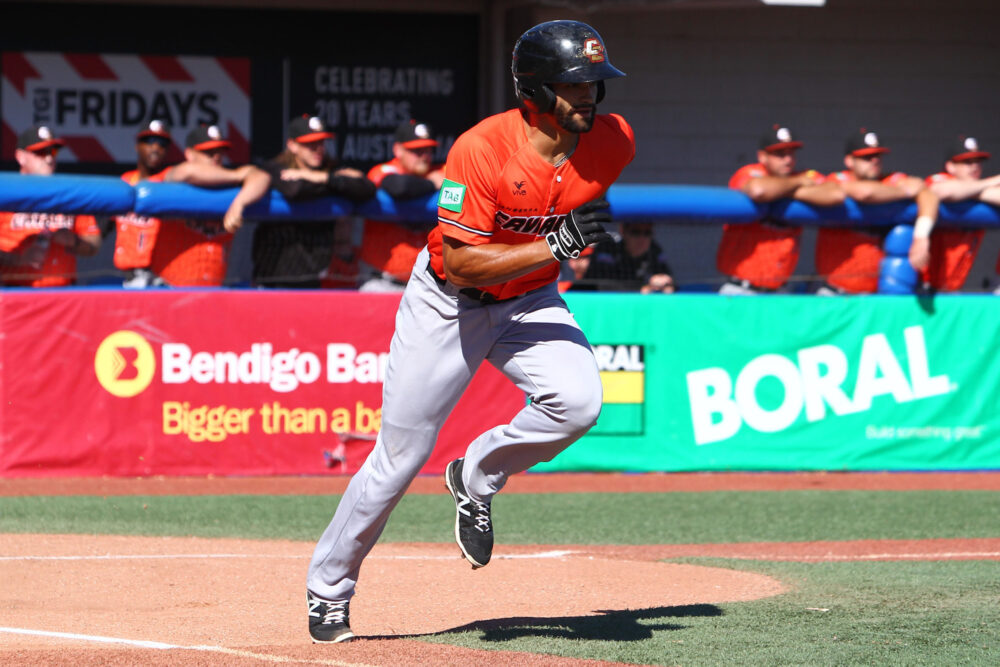 In the suburbs of Canberra, behind a hotel, down a dirt path and through a tall wire fence, suddenly you’re faced with the luscious green of a pristine baseball diamond – home of the Canberra Cavalry. For any North American, this understated setting would come as a shock, but in Australia, this is baseball: smaller stands, fewer support staff, less amenities.

“When you’re on the field though, those are not things you really think about,” says Josh Almonte.

“Playing here kind of reminds me of early on in my career when I started playing for the Blue Jays, playing in the Appalachian League.”

Almonte, a tall, imposing outfielder who originally hails from New York, is one of six players from the Toronto Blue Jays organisation on exchange with the Canberra Cavalry, plying their trade in the Australian Baseball League this season to gain additional experience and match time in what is their usual off-season.

“At the end of my last season, I kind of wanted to continue getting better,” he said.

“So I got in contact with the front desk for us, and just basically asked them if I could come down here and play for the Cavs and thankfully they said yes.”

Two of the six Blue Jays, Mike Reeves and Andrew Case, are born and bred Canadians. Reeves, a catcher, was born in Peterborough, Ontario, while Case is a pitcher from Saint John, New Brunswick. Both recognise that being in Canberra during an Australian summer playing baseball is probably not what was expected of them. You know, being Canadian and all.

“All Canadians are born with skates, but I was the odd guy to pick up a ball, and fell in love with it ever since,” Case explained.

“I started real young and my parents brought me to the ball park every day just to get myself better.”

Reeves also started young, though his introduction to the sport was a touch more dramatic.

“I grew up with hockey and stuff like that because my Dad was a hockey player at University of Pennsylvania, but my brother got into baseball – he’s ten years older than me, and he was a pitcher, so he always needed someone to be a catcher,” he said.

“I was four, he was fourteen, he was throwing balls at me, and of course I was going to miss one, because I’m four – he knocks out my four front teeth. I go to my mum with my teeth in my hand, and she says ‘next time, catch the ball’, and that’s how baseball started for me.”

While baseball has never been a prominent sport in Australia, there has been some success, with a number of Australian-born players making the grade in MLB. Case says the quality of baseball shows why.

“There’s some good players in Australia, absolutely, and they try to bust their butt trying to get out of here to get the states to get seen, because not all the scouts come all the way to Australia,” he said.

“There’s some good players here, it’s fun and I’m honoured to play against them.”

“It’s actually really good. I wasn’t sure coming out here, but it was better than anticipated,” he said.

“There’s a lot of older guys here that just know how to play the game.”

Reeves says there is an excitement around the game, with support building and more people becoming invested in the sport in Australia.

“The fans here, the ones that do come out, are really for the sport,” he said.

“It’s interesting to see, not always do they know how to cheers and stuff like that, but it’s cool being a part of something that’s definitely becoming bigger.”

With teams right around Australia, the players have already had the opportunity to visit many of the different capital cities, and they are all excited to see as much of what Australia has to offer as they can.

“We’ve been to Brisbane, been to Melbourne and it’s been fun – really nice places, nice cities,” Almonte beamed.

“Can’t wait to go to Sydney and see how that is, but so far it’s been great. I love it.”