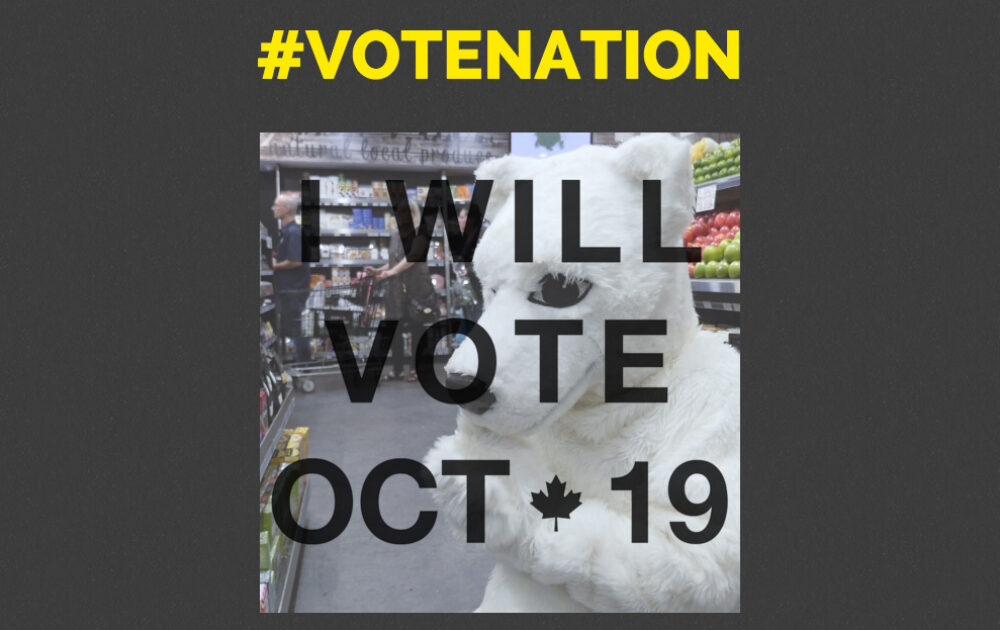 Comedian and popular host of the show, Rick Mercer Report, made it his goal to increase the number of voters in Canada. To do so, he launched a simple social media campaign to spread awareness and make voting “contagious.”

According to Elections Canada, only 61% of Canadians voted in the 2011 federal general election with only 39% of all eligible Canadians under the age of 24 participating. Mercer wanted to change this via his campaign, especially targeting the younger demographic.

Using the hashtag, #VoteNation, Mercer urged those on social media to state their intention to vote in a public forum like Twitter or Facebook. Visiting the website, votenation.ca, users were able to create an image with the words “I Will Vote Oct 19” emblazoned across a photo of their choice. They then shared this image on social media. “Obviously it’s not binding,” said Mercer in an interview with CBS news, “But if you go out and say it, put it on social media, I think you’re more likely to [vote].”

A  conversation was started on social media and the contagiousness spread!