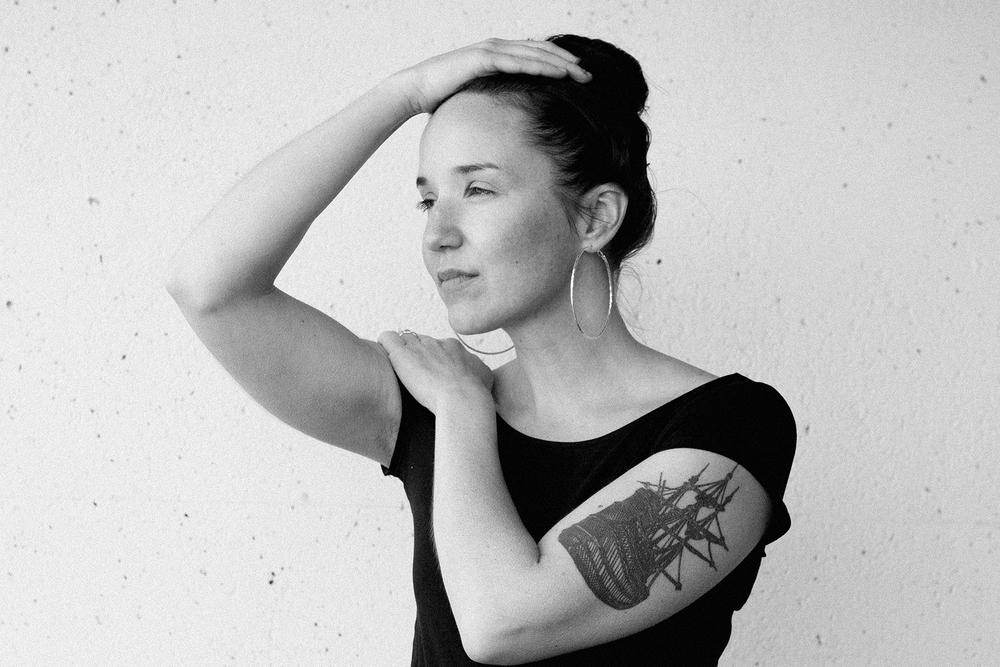 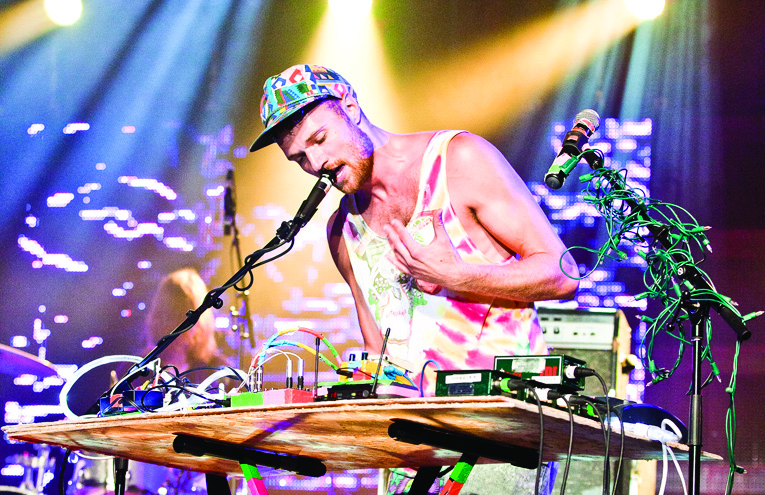 Australian Music Week, held in November in Cronulla, is an opportunity to showcase talent to the Australian music industry – the Canadian Blast saw six acts perform – Canada Down Under spoke to a selection about their music and the opportunity to perform in Australia.

In an effort to distinguish himself from his musical family, Joel Henderson was sitting at the dining table, trying desperately to come up with an alternative surname to use on stage.

“I couldn’t find any that I liked – it just seemed too fake,” Henderson said.

“And then my dad poked fun and said ‘oh you poor nameless boy’, and I really liked that. I think it speaks to the raw aspects of my music, it speaks to the intimate parts of the music as well.”

In Sydney for the Canadian Blast at Australian Music Week in Cronulla, an effort to showcase Canadian talent to Australian industry professionals, Henderson says his music style has been woven from an early musical education.

“I had some great teachers and mentors who humbled me pretty quickly … there’s a craft, there’s an art here, and that’s been the main influence – I feel  like it’s been a slow draw towards people who put more of an emphasis on their song writing.”

He describes his music as being lyric-based, with that focus on song writing shining through.

Henderson says there were a number of reasons the opportunity to come to Australia appealed – and they weren’t all music related.

“There’s part of it where selfishly it’s warm here when it’s cold at home and that’s a big draw personally,” he laughed.

“But other than that to be honest with you I had some friends who spoke about the great market here and I think the similarities between our countries is a draw, the way that they run their folk fests, the way that they speak about the quality of the artists and the music -that in itself is a huge draw, and then it’s just to see if the business will work.”

The business of music is changing, and Henderson says that musicians now have to be more on top of that aspect of the industry than ever before.

“You have to think about the business and marketing side of things now. It’s not as simple as people coming to your shows and buying your album now, especially in Canada,” he said.

“The people who buy the album as opposed to streaming or Apple Music or Spotify or those kind of things, it’s extremely low, so you have to make your revenue differently.”

With those developments in mind, Henderson believes it’s creating more well-rounded artists within the music scene in Canada.

“Especially where I’m from in the province of Saskatchewan, I think we’re getting way better at cultivating art, especially within the music scene,” he said.

You can find out more about Poor Nameless Boy on his website, as well as check out some of his music via his YouTube channel.

Battling a frustrating cold in utter contrast to the warm, beach surrounding of Cronulla, south of Sydney, Sarah MacDougall was doing her best to save her voice for her upcoming performance.

The Swedish-born singer was preparing to her showcase her new wave/folk stylings at the Canadian Blast at Australian Music Week, and while conserving her energy, she was eager to talk about the opportunity.

“I’m here through CIMA and the Canadian Blast, which is the Music Export Canada and they brought a few of us over to showcase us in Australia, and it’s super exciting for me because it’s my first time ever playing here,” she said.

“I think as a Canadian, coming to Australia is a logical step, because we’re kind of like sister nations in a way – both Commonwealth with very similar cultures, so it’s kind of a big market to explore.  I recently did a tour with a big Australian band called The Cat Empire and so it’s really cool to be able to come right after that see their country.”

Having moved to Canada from Sweden after high school, MacDougall says the beauty of the Canadian landscape is something that has inspired and shaped her music – with her powerful voice and descriptive lyrics being a feature of her songs.

“I moved from Sweden after high school, because I’m half Canadian, and I decided to do my music degree in Canada – and then I stayed,” she said.

“I appreciate quiet and beauty and for me it just brings a certain stillness in my mind – it’s really inspiring. A lot of stories come to me while I’m in nature or driving through nature or walking. Being from the north and being from Scandinavia and living for the last six years in the Yukon, I’ve spend most of my life in the north so it’s my home.”

Making the move to Canada has been supremely beneficial for MacDougall, not just thanks to the inspiration of the surrounding features. The investment in the music industry is hitting strong levels, and the entire industry is profiting.

“I think the Canadian music scene is super strong, there’s a lot of money put in to music – they recently did a study that showed that the music business brings a lot of money back into the economy, so it’s a really big thing right now, and a lot of cities are trying to become music cities and have that as part of their tourism,” she said.

“I think Canada has a really great scene, really good musicians, and a really unique song-writing sensibility that’s appreciated throughout the world.”

Check out Sarah MacDougall’s YouTube channel and website, where you can find more information about her and her upcoming tours.

Canadian performer Rich Aucoin, with his golden tan and burst of bleached blonde hair, would fit in perfectly on the sands of Sydney’s beaches – and he’s no stranger to them either.

Having previously visited Australia as an exchange student going to school in Penrith, Aucoin made the decision to live away from campus and on the beaches of Bondi – a three-hour round trip.

“It gave me time to focus on just doing the reading for school, so I actually got, for the first time, all my schoolwork done,” he laughed.

“I went to University of Western Sydney out in Penrith, and I did Eastern Philosophy, so basically I was just reading Confucius, surfing, and I didn’t mind the commute on the train.”

An eccentric and incredibly talented musician who feeds off crowd interaction, Aucoin was back in Australia with the Canadian Blast at Australian Music Week – and the industry professionals at the event surely got a taste for his incredible showmanship.

“One summer I recorded all the festival crowds that I played for, so I stacked all the choirs together and made a choir that sounds like a soccer stadium singing one of my songs, so stuff like that, or making synthesizers out of samples of the human voice, or doing lots of studio trickery to a bunch of normal instruments that I play – I play ten or so instruments.”

While Aucoin has spent a fair bit of time down under, this was his first opportunity to play to Australian audiences, and he was looking to make the most of the opportunity.

“I think things like this are very important for making those connections with different festival buyers or booking agents, or anyone in the industry because it’s such an industry focused showcase as opposed to a normal show,” he said.

“These sort of events in Canada have been really good for getting me here in the first place, so hopefully the [industry professionals] here see potential in me coming back to work in Australia.”

Aucoin has travelled extensively around Canada and the world, including tours through South America, North America and Europe. For the release of his first EP, Personal Publications, Aucoin toured across Canada on his bike, raising money for the Childhood Cancer Charity.

“I thought it would be interesting to slow it down and do it over summer, and so that’s what I did – and I knew if I was doing something physical like that I could probably raise some money and awareness for the Childhood Cancer Charity, and particularly towards research for children with leukemia – it was a great experience,” he said.

“I’m hoping to do it again, not Canada, but do America, then do Europe, but I better start doing America soon or I’ll start getting too old.”

And as for his tan, Aucoin was planning to spend a fair bit of his time in Australia adding a few shades.

“I’m playing over two weekends, so my time in between is just spent at the beach and I’m staying just a block away from where I stayed when I was over here for university.”