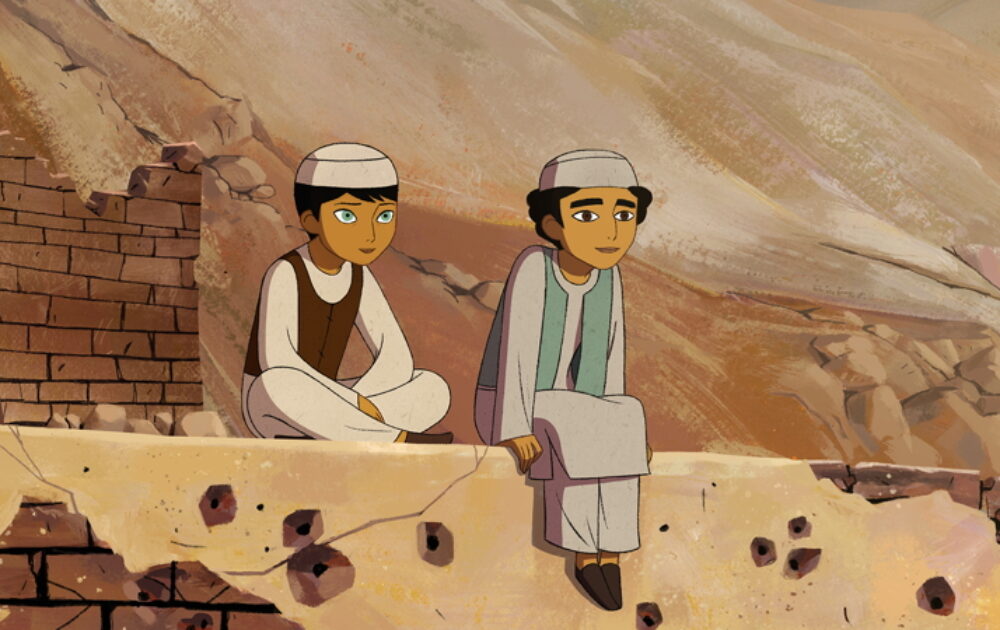 The 65th edition of the Sydney Film Festival, held from June 6th to 17th, will showcase the talent of the Canadian audiovisual industry through a diverse selection of format and genre: short film, VR experiences, thriller and animated features films. Here we give you a glimpse of the storytelling, the Canadian creators behind it, and we tell you when and where you can complete the cinematic experience.

Alone in the wild, two boys play around a surface mine. Complicity evolves into a confrontation where one wants to have power over the other. When one suddenly gets caught in quicksand, the debate ends. Taking proportions larger than nature, this game will not prove as harmless as they thought.

Driven by a passion for skateboarding, Jérémy Comte directed his first short documentary Feel The Hill at eighteen years old, landing him a world tour with the Banff Mountain Film Festival. Raised in the countryside and later graduating from Concordia University in Film Production, his connection with nature and curiosity for the human condition deepened with his travels around the globe. Comte is roused by psychological, raw narratives, and finding meaningful connections through poetic imagery.

*Screening with We the Animals

WHAT KEEPS YOU ALIVE (2018) directed by Colin Minihan

On the eve of their one year wedding anniversary, Jules and Jackie become embroiled in a merciless fight for their lives when they find themselves pitted against the most unexpected of adversaries: each other. As violence rains down upon their idyllic forest getaway, the women engage in a frenzied psychological and vicious battle that will test the very limits of their instinct to survive.

Colin Minihan grew up in BC, Canada. By his mid 20’s, Minihan had directed nearly a hundred music videos for a diverse range of international artists including Carly Rae Jepsen, Papa Roach & Hedley. At 24, he won the MuchMusic Video Director of The Year Award. His feature credits include Grave Encounters, Extraterrestrial and It Stains The Sand Red. Minihan also founded the independent production company Digital Interference.

THE BREADWINNER (2017) directed by Nora Twomey

Adapted from the popular children’s novel by Deborah Ellis, this is the story of the incredible journey of Parvana, an 11-year-old Afghan girl who gives up everything to provide for her family and reunite with her father, unjustly jailed under the Taliban rule in Kabul.

Deborah Ellis is Canadian award-winning author, a feminist and a peace activist. Deborah penned the international bestseller The Breadwinner, as well as many challenging and beautiful works of fiction and non-fiction about children all over the world. In each story, a child makes a decision and takes action, be that a tiny gesture or a life-altering choice. Deborah has more than thirty books to her credit, and has won many prizes, including the Governor General’s Literary Award. Named to the Order of Canada, Deborah is a passionate advocate for the disenfranchised. She has donated more than one million dollars in royalties from her Breadwinner books alone to worthy causes.

Anthony Leo and Andrew Rosen are the principal producing partners of Aircraft Pictures. Based in Toronto, Canada with offices in Los Angeles, the company creates scripted content for kids, families and young adults. Aircraft develops, finances and produces content for a variety of platforms ranging from independent feature films to high-end television series to digital first productions for an international audience.

Space Explorers is a VR series about the new age of space exploration, and it shines a light on mankind’s most ambitious journey to understand our planet, our universe and our origins. Narrated by Academy Award-winning actress Brie Larson, witness the lives of NASA astronauts as they navigate the trials and sacrifices of their training and missions, and discover the camaraderie of space programs around the world.

Félix Lajeunesse and Paul Raphaël are Emmy-winning filmmakers and visual artists based in Montreal. After extensive work as directors of films, commercials, and immersive video installations, they teamed up and developed award-winning 3-D films and large-scale multimedia installations. Alongside a team of industry-leading collaborators, the two directors founded Felix & Paul Studios.

Felix & Paul Studios became the industry leader in the field of high-end immersive entertainment with an unparalleled reputation for producing the highest quality experiences in this emerging new medium. The studio combines technological innovation with a unique, pioneering and in-depth approach to the new art of virtual reality storytelling—creating groundbreaking original cinematic experiences and collaborations with existing franchises and world-renowned personalities and leaders. Headquartered in Montreal, Canada with offices in Los Angeles, CA, Felix & Paul Studios has a highly experienced team of over 50 VR specialists.

*Available on the Oculus Store for Gear VR, Oculus Rift and Oculus Go

Come face to face with the dog cast, while the crew creates the animation around you.

*Available on the Oculus Store for Gear VR, Oculus Rift and Oculus Go