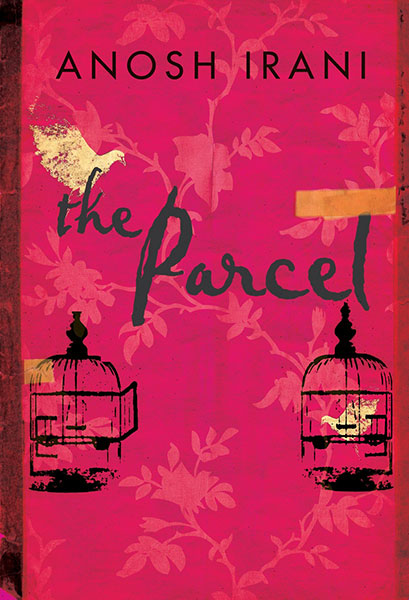 When Anosh Irani moved from India to Canada in 1998 he had no formal writing experience. In September 2017 he was giving the closing address to the Brisbane Writers Festival as a leading novelist and playwright.

Working in advertising in India, it was a passion for story that inspired him to begin his journey into creative writing.

“I hadn’t really written anything apart from advertising copy,” Irani told Canada Down Under while he was in Brisbane.

“The tradition of storytelling is very much something that’s part of Indian culture and especially in my family, there are some great storytellers in my family, and I just wanted to explore the idea of writing, so I went to Vancouver and studied creative writing at UBC [University of British Columbia].”

Irani says the move gave him the opportunity to explore his creativity, though the separation and loneliness was initially difficult.

“I felt very isolated and disoriented in Canada,” he said.

“The first couple of months were great, I discovered a new place, and then slowly it started to sink in that I was away from home, away from family, but also with that, Bombay started coming to me, in the sense that things that had haunted me, things that had inspired me, those were things that informed my writing. Canada I always says is the canvas, and Bombay is the muse.”

A writer of both plays and novels, Irani’s latest work is The Parcel, a novel set in Mumbai, India (Irani prefers the city’s original name of Bombay) and centering on Madhu, who is a transgendered woman or ‘hijra’, a retired sex worker. Irani says the novel intended to shine a light on the hijra community, as well as connect with his youth in India.

“The word ‘transgender’ is a western term – hijra is very different from the transgender community in the west, apart from the physicality – culturally it’s very different because it’s steeped in mythology and superstition, they’re relegated into the shadows so to speak,” he explained.

Research for the book was a delicate balance of observation and understanding, with Irani spending a great deal of time in India to connect with the local community and build rapport.

“There was this particular place in the red light district where the hijra community live; I just hung around there for a while, just making observations, and then when I wrote a couple of drafts of the novel I interviewed a transgender person who used to work as a sex worker and a bar dancer – her journey is incredible – just to get a sense of authenticity and also to make sure that I had gotten the inner world of this person [his main character Madhu] right.”

In Canada, along with his own writing, Irani now teaches creative writing in the world literature department at Simon Fraser University, and credits being given the opportunity to a writer’s festival appearance.

“I never really thought about teaching – someone a few years ago, almost five years ago, one of the professors at Simon Fraser University was a moderator on a panel that I was doing at a writers festival and she said ‘I think you would enjoy teaching and you would be really good at it’,” he said.

“I had the freedom to create my own reading material, so I was very lucky in that sense and I’ve been there ever since, so I really enjoy it.”

That chance happening out of a writing event only enhanced the value Irani sees in attending festivals around the world.

“I think it’s crucial – apart from the obvious that you’re connecting with audiences that might not have access to, I think me being in Australia right now, the fact that I was at the Melbourne Writers Festival and I’m doing the closing address at the Brisbane Writers Festival, what it’s done is it’s made the media in Australia pay attention to the book, they ended up reviewing the book – it might have happened if I hadn’t come, but I don’t think so,” he said.

“It makes a huge difference, and eventually it’s also good for Canadian literature in the sense that although my novel isn’t set in Canada, Canada is very crucial to my writing, because like I said earlier, it gives me the time and space to imagine and live with characters.”

Anosh Irani was at the Brisbane Writers Festival thanks to the support of the Consulate General of Canada, Sydney. You can read more about Anosh on his website www.anoshirani.com