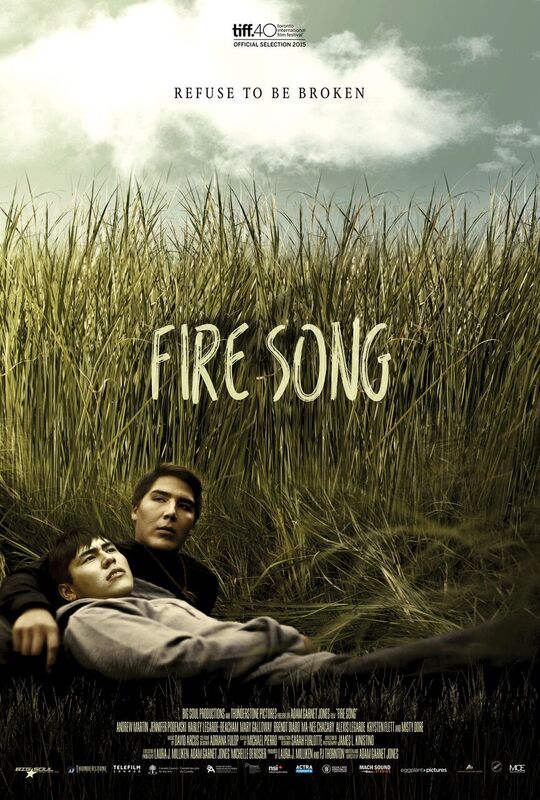 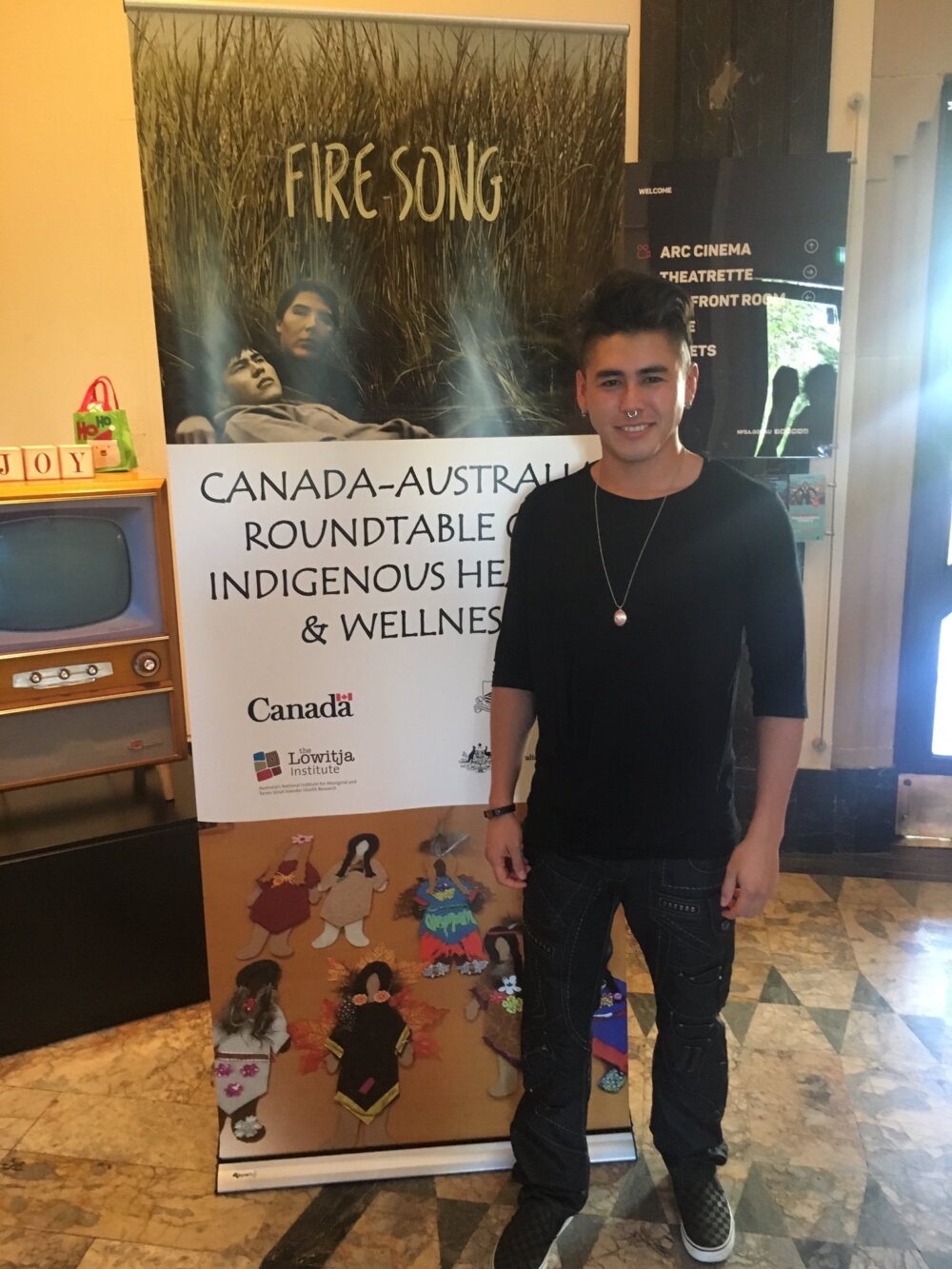 When Andrew Martin made his film Fire Song, an independent Canadian film focusing on the lives of young First Nations people, he had never left North America. Now he’s made the journey back and forth over the Pacific Ocean three times.

We last spoke to Andrew when he was in Sydney in March for the Mardi Gras Film Festival where the film was featured. He has since travelled extensively promoting the film and the important messages it contains.

Having audiences open up after experiencing Fire Song, Andrew himself has found that he’s been able to share his own experience with alcohol and drug issues which link up with his character’s issues in the film.

“There are quite a few parallels between my character and myself and my personal life,” he admitted.

“I do know that in talking about it I find it gets a bit easier, and it helps me to make sense of what happened to me and to make my peace with it rather than trying to hold it down like I always used to”

This trip to Canberra was in conjunction with the Australia-Canada Indigenous Health and Wellbeing roundtable, being held at the Australian National University, which brought together experts from both Canada and Australia to discuss how collaborations between the two countries could benefit their Indigenous populations.

After the screening, Andrew was joined on stage by some of these experts to discuss the film and the issues it raises, which are strikingly relevant to the Indigenous communities in both Canada and Australia.

“It was a very different environment for me, just because it was a little more academic than a Q&A or even a panel would normally be after a screening, so for me it was a little bit intimidating going,” he said.

“But I think in the end it did work out and a few people on the panel even came up to me afterwards and said I did a good job, and that what I was saying is very true and they’re taking it into consideration as well.”

Andrew spoke in particular about ensuring that it is recognised that the issues in the film, such as poverty, poor living conditions, alcohol and drug issues and violence aren’t issues of the past – they are issues affecting Indigenous communities now. He also said that while facilities were available for Indigenous people in urban areas, there needed to be work done in breaking down the stigma associated with getting help.

It was incredible, he said, that there could be such similar issues within the First Nations community in Canada, and Indigenous communities a world away in Australia.

“When I was here yesterday speaking with the Winnunga men’s group [at the Winninga Nimmityjah Aboriginal Health Service in Canberra], they just wanted me to talk a little bit about my experiences and what it was like making the film and then they started asking some questions about my own personal life,” he explained.

“As I was talking to them about those quite a few of them were saying how freakily similar it is that a lot of what they go through here is exactly what we’re going through in Canada.”

One important aspect of the film is its LGBT themes, with Andrew’s character Shane struggling with his sexuality – which is why the film was picked up by the Mardi Gras Film Festival in 2016. Through his visit, Andrew was given the opportunity to march with the Indigenous float and the experience was such a positive one that he now sports the Mardi Gras logo tattooed onto his wrist.

“It was the first time I’ve ever been in any type of Pride event, I’d never attended one before, so it was a brand new experience for me but the environment itself was like nothing I’ve experienced,” he said.

“It was so positive – it was great to see an entire city come out and support the LGBTQ community.”

After Canberra, Andrew travelled to Wellington, New Zealand, to present the film there.

Andrew travelled to Canberra through the support of the Canadian High Commission and the Canada-Australia Indigenous Health Roundtable. More information on Fire Song can be found on their Facebook page.