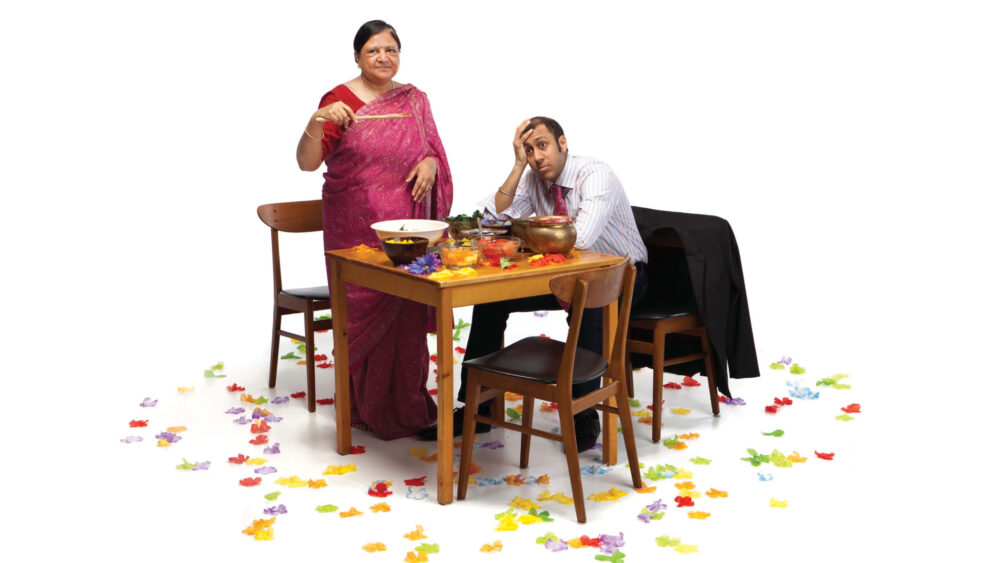 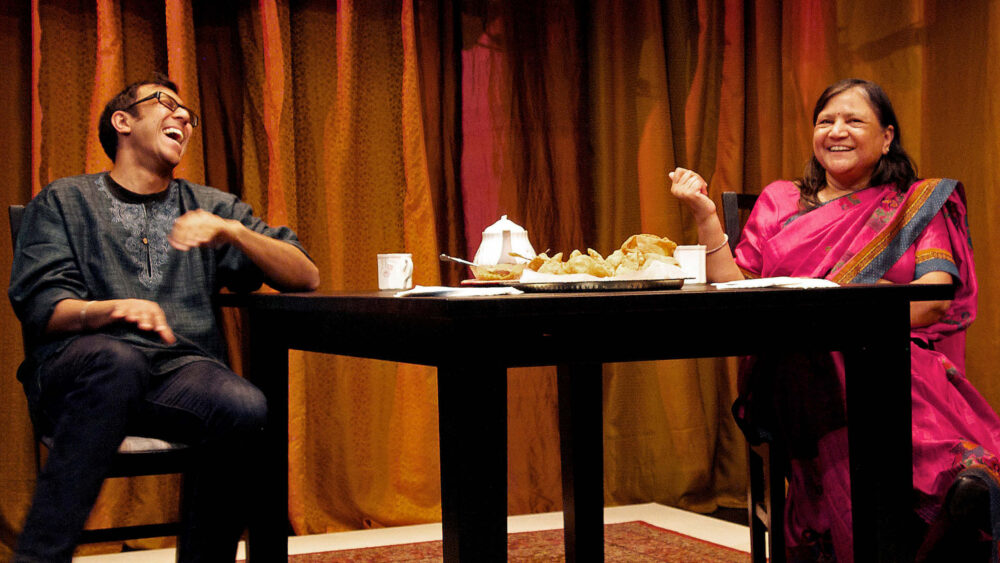 Putting your life on display for an audience is challenging for an artist at any time, but when you’re doing it standing next to your mother who’s contradicting your every word, it must be downright terrifying.

That’s what Canadian performer Ravi Jain faces every time he performs his play A Brimful of Asha with his real-life mother, Asha, which had a run at this year’s Melbourne Festival in October.

The play, which details Ravi’s parent’s attempts to arrange his marriage in India, has been entertaining audiences for the past seven years, with this being the first time it has been performed down under.

Jain told Canada Down Under that the show has connected with people right around the world.

“It really is about living between two cultures, which so many Canadians experience,” he said.

“When you hear our story you get insight into what it is to live in two cultures, this Canadian-Indian boy and this Indian-Canadian mum – my mum’s lived in Canada now longer than she did in India – and what are the challenges that come with that.”

Jain says bringing the show to a multicultural city like Melbourne means there’s a deeper understanding and appreciation for it’s messages.

“My favourite thing is when you have a lot of South Asians in the audience, as we’re telling the story they get ahead of the story, they’ll laugh first,” he explained.

“In cosmopolitan cities like Melbourne, what’s exciting is there’s just a lot more exposure and understanding that these different cultures collide.”

As audiences make their way into the theatre, they’re offered the chance to greet Ravi and Asha, and given a delicious samosa before they make their way to their seats. The simple set of a kitchen table with chairs, as the Jains speak directly to the audience throughout, creates a homely feel, allowing the audience to feel comfortable and part of the proceedings as mother and son go head to head.

“I was going to make a one-man show, and I was living with my parents at the time, my mum and I had made up and we have a good relationship, so I said to her I’m going to do a one man show and tell the world what a bad mum you are, I have a character of you, its exaggerated but it’s really funny,” Jain explained.

“She was like ‘if I was on stage, the audience would see what a terrible son I have, and how big of an idiot you are, they would side with me.” And I said ok let’s try that out … and it’s hilarious that it’s still going on”

The experience of traveling Canada and the world performing with his mother has not been without challenges, including breast cancer scare for Asha.

“On the one hand its amazing because she can still do the show, on the other hand, she’s not an actor, so she can’t ‘bring it’ all the time, so it’s been interesting to see the evolution of that,” he said.

“It still kind of amazes me that we’re doing it, and that audiences still respond the same way, even when she’s sometimes more tired. For me, one of the things that’s really beautiful is, as frustrating as my mum can be for me, like anyone’s mum is for them, it’s amazing to see an audience fall in love with my mum every night.”

Jain says he’s enjoyed bringing the show to Melbourne for its Australian premiere.

“One thing about Melbourne Festival that I really enjoy is that they have artists who are the liaisons, so I can’t talk to them and be like ‘what’s the vibe in the city for this and that’,” he said,

“While it’s isolated geographically, there’s a lot of similarities in our countries, because we are colonial hangovers, we have very challenged histories with Indigenous folks, and the kinds of conversations in the artistic arena are really interesting here – it’s so great to be an artist in a festival and be part of an exchange like this.”

The Consulate General of Canada was a proud supporter of the Melbourne Festival in 2019, which helped to bring A Brimful of Asha to Australia.